Arrested man is freed, not a suspect in Khashoggi’s murder

French authorities raced Wednesday to verify the identity of a suspect in the 2018 killing of Saudi journalist Jamal Khashoggi who was arrested at an airport near Paris.
Listen now to WTOP News WTOP.com | Alexa | Google Home | WTOP App | 103.5 FM

PARIS (AP) — French authorities announced Wednesday that a man arrested at Paris-Charles De Gaulle Airport for allegedly being linked to the 2018 killing of Saudi journalist Jamal Khashoggi was misidentified. Saudi officials later said he was freed.

The Paris General Prosecutor’s office issued a short statement Wednesday after over 24 hours of checks, saying that the man arrested Tuesday was not the Khalid Aedh al-Otaibi who is wanted under a 2019 Turkish arrest warrant.

“The (arrest) warrant does not apply to him,” the statement said, without elaborating. French media reported that the mix-up was related to the fact that the detained man had an identical name to al-Otaibi.

The Saudi Embassy in Paris said the arrested man was released later Wednesday and boarded a flight to Saudi Arabia. The embassy maintained that it was a case of mistaken identity, saying the man “had nothing to do with the case in question.”

A person named Khalid Aedh Al-Otaibi was one of over a dozen Saudi officials sanctioned by the U.S. Treasury in 2018 over Khashoggi’s killing. He was also mentioned in the declassified U.S. intelligence report that said Saudi Crown Prince Mohammed bin Salman had “approved” the operation that killed Khashoggi. The report used an alternate English transliteration of his last name.

Khashoggi was killed after he entered the Saudi consulate in Istanbul to get documents that would allow him to marry his Turkish fiancee, who was waiting outside. Turkish officials allege Khashoggi, who had written critically about Saudi Arabia’s crown prince for The Washington Post, was killed by a team of Saudi agents and then dismembered with a bone saw.

The Saudi government admitted to the murder under intense international pressure, and held a closed-door trial, though never released the names of the accused.

The short-lived arrest came at a particularly sensitive political moment for all involved.

French President Emmanuel Macron had just made a point to visit with Saudi Crown Prince Mohammed bin Salman on his recent tour through the Middle East.

Prince Mohammed was still on his first major tour of all the Gulf Arab states since Khashoggi’s slaying, heading Wednesday to Qatar.

And Turkish President Recep Tayyip Erdogan, who just left Qatar, hopes to bury a long-running feud with the kingdom and the United Arab Emirates over his country offering a haven for Islamists in the Mideast. Erdogan hopes that will encourage Arab investment into Turkey as its lira currency craters amid an economic crisis. 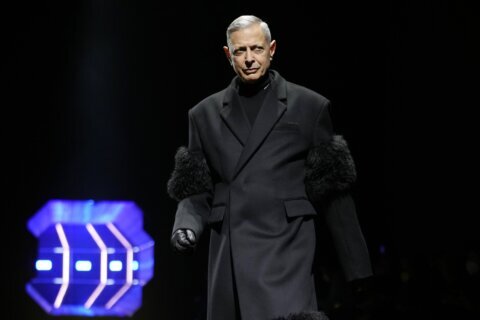