FRANKFURT, Germany (AP) — The European Central Bank is celebrating the 20th anniversary of euro notes and coins as member countries wrestle with the pandemic’s impact on the economy and the European Union forges a new level of financial cooperation to help boost the recovery.

The event is being marked at midnight New Year’s Eve with a light display in blue and yellow, the colors of the EU, projected on its skyscraper headquarters in Frankfurt, Germany.

The cash introduction saw the new euro notes and coins quickly replace German marks, French francs and Italian lire in ATMs, cash registers, and wallets and purses. Shop customers who paid in the old currencies received change in euros under fixed exchange rates. That swept the old currencies out of circulation as people spent their remaining national cash.

Warnings of a logistical catastrophe did not come true. ECB President Christine Lagarde — in 2002 an attorney with a global law firm — recalled withdrawing her first euros from a cash machine near her home in Normandy with friends who predicted the switch would overload the machines. “We made a bet: if the machine gave us French francs instead of euro notes, they could keep the money,” she wrote on the ECB’s website. “After midnight, we tried the cash machine. It dispensed brand new crisp euro banknotes, and we all raised a glass to the new European currency.”

The bank plans to redesign the banknotes, with a final decision on the new look expected in 2024. The original designs with generic windows, doorways and bridges from various eras that don’t represent any specific place or monument have undergone one relatively minor update since introduction. The bank is also studying a possible digital version of the currency.

The euro has been through its ups and downs since its launch as a major project of European integration. The currency union faced speculation it would break up during an extended crisis over government and bank debt in 2011-2015. European Central Bank head Mario Draghi helped end market turbulence with his July 26, 2012, promise to “do whatever it takes” to preserve the euro, followed by the ECB’s offer to purchase the government debt of countries facing excessive borrowing costs.

Under Lagarde, the central bank deployed a 1.85 trillion euro ($2.1 trillion) bond purchase program aimed at keeping borrowing costs down for companies so they can get through the worst of the pandemic.

In response to the pandemic, European Union governments have taken a further step toward economic and financial integration by agreeing to borrow money together for the 807 billion euro Next Generation EU recovery fund. The fund aims to support the post-pandemic recovery by financing projects that help the economy reduce emissions of carbon dioxide in order to fight climate change, and that support increasing use of digital technology.

Finance ministers from euro member countries said in a joint article published in major European newspapers that there’s still work to be done on reinforcing the shared currency, such as improving the way private investments flow across borders and strengthening joint banking oversight to prevent costly crises.

“None of these issues can be addressed by countries acting alone,” they wrote. “The euro is proof of what we can achieve when we work together.”

Irish Finance Minister Paschal Donohoe, who heads the Eurogroup panel of finance ministers from the member countries, said that the currency “has strengthened its foundations over the last 20 years. It’s proven its mettle in dealing with great challenges and great crises.” 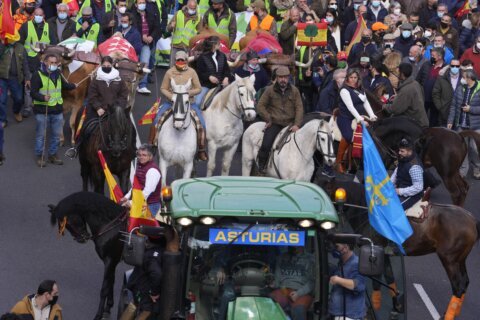 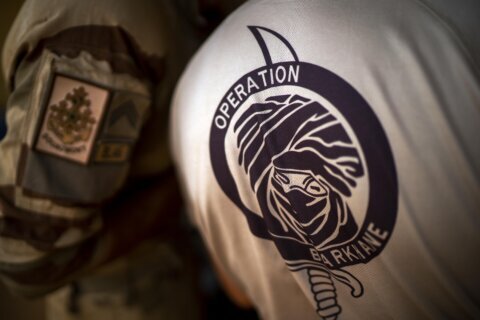