ATHENS, Greece (AP) — Australia’s foreign minister started a European tour in Athens on Wednesday, welcoming a recent initiative by the European Union to boost its presence in the Indo-Pacific region despite a spat with EU member France over the cancellation of a major submarine order.

The initiative was announced in September and includes plans to increase a naval presence by EU member states and build stronger defense ties with countries in the region.

“There is no question that, globally, we are facing a more strategically contested environment and it has never been more important to work together in support of international rules, norms and standards,” Australian Foreign Minister Marise Payne told reporters in Athens.

“Australia strongly supports the EU’s Indo-Pacific Strategy. The EU’s engagement in the Indo-Pacific is key to upholding rules and norms and supporting states’ resilience.”

Payne will visit Belgium and Austria after her stop in Greece, and will meet in Brussels with EU foreign affairs chief Josep Borrell.

The EU initiative follows a defense pact announced between the United States, Britain and Australia, triggering the cancellation of a submarine order from France worth more than $40 billion. The pact is seen as a response to China’s increasing military might. 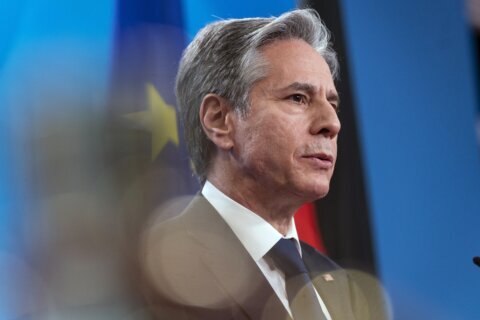