Ex-prosecutor general Adriatik Llalla, 52, left Albania after a court sentenced him to two years in prison for hiding property and giving false information on the asset declarations Albanian officials must submit every year.

A statement from Albanian police said that following communication between the Interpol offices of Albania and Italy, Lllalla’s “whereabouts and arrest was made possible, a move which aims at extraditing him to our country.”

The statement did not say where in Italy Llalla was arrested.

After the court issued its verdict last month, Llalla’s lawyer had asked for the sentence to be suspended for health reasons. The request was denied, and an international arrest warrant was issued.

Llalla resigned from his role as Albania’s most senior prosecutor in December 2017.

In 2018, prosecutors sequestered Llalla’s apartment in the capital, Tirana, and just over two hectares (5.4 acres) of land belonging to him. The properties had a total value of more than 98 million leks (some $900,000) at the time, according to prosecutors.

Llalla could not account for the money behind his buying and selling the land and his purchase of an apartment, Albanian prosecutors said. He also failed to justify his family’s expenses in the United States and Germany, they said.

Llalla was the first high-ranking person to be sentenced by newly formed judicial institutions that were established to address corruption in Albania.

In 2018, the United States barred Llalla from entering the country because of alleged corruption.

His conviction barred him from holding any public post for five years. 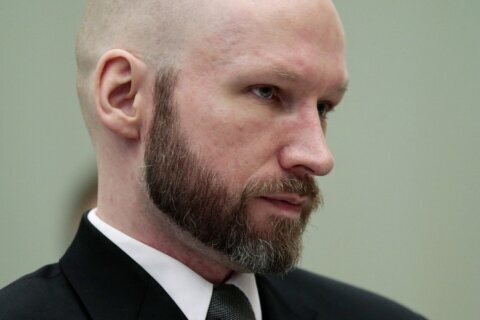