BERLIN (AP) — The German government’s panel of independent economic advisers on Wednesday cut its 2021 growth prediction for Europe’s biggest economy to 2.7%, the latest in a series of downgrades by forecasters.

The panel’s new forecast was down from the 3.1% it predicted in March. It expected gross domestic product would expand by 4.6% in 2022, with the economy likely to return to its pre-pandemic size in next year’s first quarter.

Germany’s recovery from the coronavirus pandemic is progressing more slowly than originally anticipated amid concerns about higher energy prices and stubborn bottlenecks in supplies of raw materials and parts.

“We think the economic recovery remains intact,” panel member Volker Wieland said. “It is delayed somewhat until the bottlenecks disperse bit by bit.”

A resurgence of COVID-19 infections also is causing alarm, though German authorities want to avoid blanket lockdowns of the kind imposed during earlier surges.

“There is great uncertainty about how the economy will perform going forward,” the economic advisers said. “Renewed health policy restrictions or longer-lasting supply shortages could take a heavy toll on the recovery.”

They said, however, that inflation could drop again next year following an acceleration over recent months.

Official figures show that Germany’s GDP grew by 1.8% in the July-September period compared with the previous quarter. That followed growth of 1.9% in the second quarter and a 1.9% decline in the first quarter. Factory orders and export figures for September, the most recent month available, were disappointing.

The German government also recently cut its full-year growth forecast to 2.6% from the 3.5% it had predicted in April. Last year, GDP shrank by 4.9%. 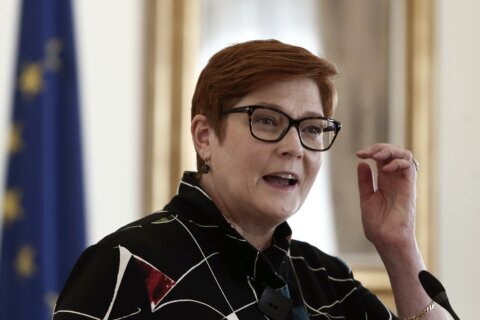