BERLIN (AP) — German President Frank-Walter Steinmeier on Tuesday marked the 83rd anniversary of the anti-Jewish pogrom that was labeled “Kristallnacht” — the “Night of Broken Glass” — when Nazis, among them many ordinary Germans, terrorized Jews throughout Germany and Austria.

In a speech in Berlin, Steinmeier talked about Nov. 9, 1938, when the Nazis killed at least 91 people, vandalized around 7,500 Jewish businesses and burned more than 1,400 synagogues.

The president also pointed out that other significant events also happened on Nov. 9: in 1989, when the Berlin Wall fell, sending East Germans flooding west and setting in motion events that soon led to the country’s reunification. And in 1918, when Social Democrat Philipp Scheidemann proclaimed Germany a republic at the end of World War I.

“Nov. 9 is an ambivalent day, a bright and a dark day,” Steinmeier said. “It makes our hearts pound and brings tears to our eyes. It makes us hope for the good that is in our country, and it makes us despair in the face of its abysses.”

“Perhaps that is why Nov. 9 is a very German day, a day that provides information about our country like hardly any other. In my eyes, Nov. 9 is the German day par excellence,” he added.

Nov. 9, 1938, is also remembered in Austria. On Tuesday afternoon, the country was set to inaugurate a “Wall of Memories” in Vienna with the names of 64,000 Austrian Jews who were murdered during the Holocaust.

In both Austria and Germany, projections were planned in the evening of synagogues in 18 cities that were destroyed or damaged by the Nazis. The head of Germany’s Central Council of Jews, which organizes the virtual reconstructions together with the World Jewish Congress, warned that knowledge of the Kristallnacht events is declining.

“The pogrom of 1938, which at the time did not provoke widespread protests by citizens, should always be remembered in Germany as a warning,” Josef Schuster demanded. 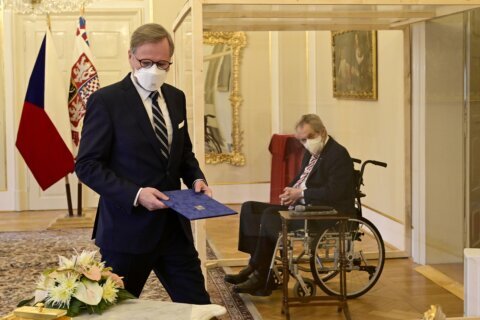 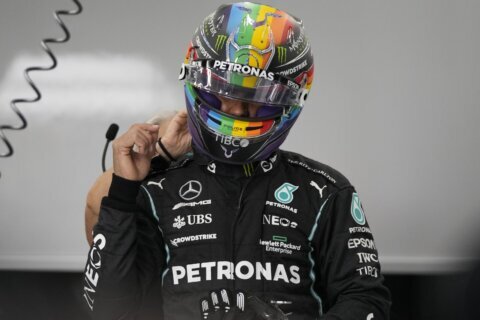