Europe’s central banker: Not adding to pinch with rate hike

FRANKFURT, Germany (AP) — The head of the European Central Bank warned that high oil and gas prices are hitting consumers in the 19 countries that use the euro harder than in other major economies and underlined that the bank won’t add to the squeeze by raising interest rates anytime soon.

Christine Lagarde’s message that it’s “highly unlikely” the bank will increase borrowing rates from record lows next year comes as other central banks around the world, including the U.S. Federal Reserve, are beginning to withdraw extraordinary stimulus measures that propped up their economies during the coronavirus pandemic.

The European Central Bank sees higher consumer prices as stemming from transitory factors that “are likely to fade” in coming months, Lagarde said in the text of a speech delivered Friday at the Frankfurt European Banking Congress. Those include high oil and gas prices and shortages of raw materials and parts as businesses struggle to meet stronger demand for goods.

“We must not rush into a premature tightening when faced with passing or supply-driven inflation shocks,” Lagarde said.

Central banks typically raise interest rates to cool off larger-than-desired price increases, leading to higher mortgage payments and more expensive loans. But the bank sees inflation falling to 1.5% by 2023, below its target of 2%.

Lagarde said recently higher oil and gas prices would weigh more on consumer spending in the eurozone than in other major economies because Europe is an energy importer. She said raising rates or cutting other stimulus efforts now would only increase the squeeze on household incomes from inflation.

“At the same time, it would not address the root causes of inflation, because energy prices are set globally and supply bottlenecks cannot be remedied by the ECB’s monetary policy,” she said.

Annual inflation hit 4.1% in October, the highest since 2008, with 2.2 percentage points of that from energy prices. The bank’s stimulus is aimed at keeping borrowing costs for companies low to promote hiring and economic activity.

Lagarde said that despite short-term challenges, the eurozone should reach pre-pandemic levels of output by the end of this year. It grew 2.2% in the third quarter from the previous quarter.

It’s expected to announce at its Dec. 16 meeting how it will phase out its 1.85 trillion euro ($2.1 trillion) bond purchase stimulus that is slated to expire at the end of March. Analysts say the purchases will likely not end abruptly but could be transferred at least in part to another stimulus program. 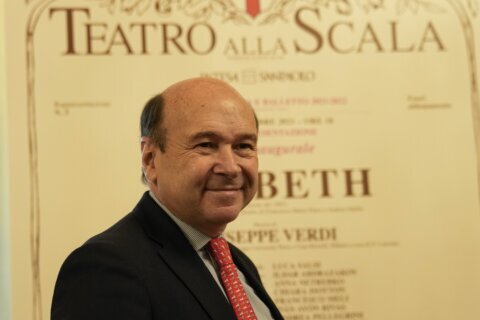