LONDON (AP) — The deaths of at least 27 people in the English Channel is fueling tensions between the U.K.…
Listen now to WTOP News WTOP.com | Alexa | Google Home | WTOP App | 103.5 FM

LONDON (AP) — The deaths of at least 27 people in the English Channel is fueling tensions between the U.K. and France over how to stop migrants from crossing the world’s busiest shipping route in small boats.

Despite a pledge from British Prime Minister Boris Johnson and French President Emmanuel Macron that they would “do everything possible” to stop people smugglers from endangering lives, politicians on both sides of the channel are already blaming their counterparts for failing to prevent Wednesday’s tragedy.

British officials expressed frustration that France has rejected their offer to bolster enforcement along the channel coast by sending British law enforcement officers to conduct joint patrols with French police. But Macron said his country needed “more responsible partners” in the U.K. and the European Union to fight illegal immigration.

“We are completely mobilized along our coast,” Macron told reporters during a visit to Croatia. “We are obviously going to maintain this maximum presence … (and) ask for additional mobilization from the British. Because I remind you, when it comes to this, we are holding the border for the British.”

Wednesday’s tragedy comes amid an increase in the number of migrants trying to cross the channel in inflatable boats and other small craft after the COVID-19 pandemic limited air and ship travel and Britain’s departure from the European Union curtailed cooperation with neighboring countries.

In June, the British government agreed to pay 54 million pounds ($72 million) to help France combat people smuggling. U.K. authorities have also proposed joint patrols, but France has repeatedly rejected to offer because of concerns it would undermine French sovereignty.

Home Secretary Priti Patel, who oversees the U.K. immigration system, on Thursday told the House of Commons that she had renewed the offer of joint patrols “yet again … in the last hour.”

“The status quo cannot persist,″ Patel said. “I think there’s a full understanding of this on the French side.”

The tensions are at least partly the result of Britain’s departure from the EU, which took effect at the beginning of last year.

When it left the bloc, Britain also exited a system that provided for intra-European cooperation on asylum and other migration issues, said Nando Sigona, professor of international migration and forced displacement at the University of Birmingham. At the same time, people smugglers have realized the channel is a lucrative route for migrants and they are stepping up their effort with bigger boats.

“The big difference is that in the past when the United Kingdom was part of the European Union, (it) was also part of a system of solidarity and burden-sharing when it comes to dealing with asylum seekers and forced migration,” he said. “There was a mechanism in place that would regulate the way that the mobility of asylum seekers is managed within the European Union. Now the border has become a hard border in a sense, and there is not yet in place a new system that is able to manage and govern that kind of mobility.’’

“Shameful,” proclaimed The Sun. “You’re letting gangs get away with murder,” said The Daily Mail.

“Rather disappointingly, yesterday we saw the French police in footage standing by while boats got together and migrants got in them and they went off the shore in France,” Natalie Elphicke, a lawmaker from the governing Conservative Party, told The Associated Press. “Britain has offered to help with people and resources, and I hope the French will now take up that offer and other European countries will come to France’s aid.”

Pierre-Henri Dumont, a French lawmaker from the channel port of Calais, warned that the British proposal wouldn’t solve the problem along 300 kilometers (185 miles) of coastline that needs to be constantly monitored.

“I think it’s time for both our governments to stop blaming each other and to try and talk to each other and find real solutions, not a crazy solution such as having more and more people patrolling, sending the British Army to the French shore,” Dumont told the BBC. “That is not acceptable and will not change anything.”

France has more police and military personnel deployed in the fight against illegal immigration than ever before, but it needs more help from the EU and neighboring countries, including Belgium, Germany and the Netherlands, as well as Britain, Macron said.

Britain has proposed tough new rules to discourage channel crossings. Those proposals, including the idea of setting up a center to process asylum seekers in another country, face stiff opposition in Parliament.

Rather than preventing the exploitation of migrants, these kinds of policies are forcing people to risk their lives in small boats, according to the Joint Council of Welfare for Immigrants, a 54-year-old organization created to protect immigrant rights.

“This tragedy was completely predictable, indeed it was predicted and it was completely preventable,” Zoe Gardner, the council’s policy manager, told the BBC. “This has to be a time for our government to mark a turning point. We need to offer people alternatives to the smuggling boats.”

EXPLAINER: What is this new COVID variant in South Africa? 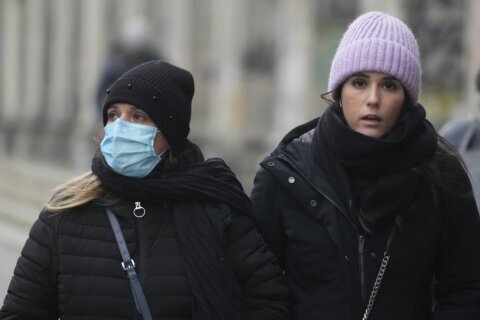 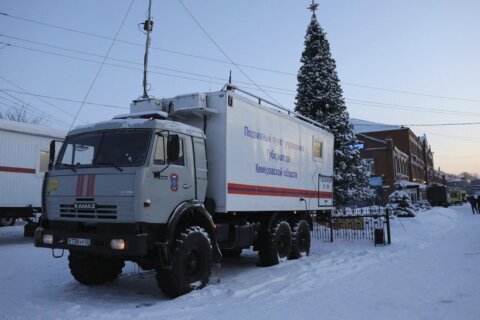