Watching with fear as the coronavirus rages in neighboring countries, doctors in Bosnia are bracing for a new wave in the Balkan nation, which has a low vaccination rate and has been among the hardest hit countries in Europe earlier in the pandemic.
Listen now to WTOP News WTOP.com | Alexa | Google Home | WTOP App | 103.5 FM

BANJA LUKA, Bosnia-Herzegovina (AP) — Watching with fear as the coronavirus rages in neighboring countries, doctors in Bosnia are bracing for a new wave in the Balkan nation, which has a low vaccination rate and has been among the hardest hit countries in Europe earlier in the pandemic.

In the northwestern town of Banja Luka, staff in the COVID-19 ward of the city’s main hospital warn that hospitalizations have been increasing in the past days and could explode soon.

Other low-vaccination countries throughout Central and Eastern Europe already have been grappling with a surge in infections that has lasted for weeks now, including Bosnia’s neighbors Serbia and Croatia. Some countries have seen the highest numbers since the start of the pandemic, forcing the authorities to reluctantly contemplate tightening of anti-virus rules.

“What we have noticed in past days is that the epidemic situation is getting worse, we can surely say that,” said Danijel Djokic, head of the COVID-19 ward at Banja Luka’s University Clinical Center.

“Looking at the situation in neighboring countries we can say that our numbers will increase too,” he told The Associated Press on Thursday.

The hospital has a basic 300-bed capacity for COVID patients, and 223 have been filled already, including 32 in intensive care. During previous surges, the hospital has managed to gradually expand its capacity to some 700 beds when needed.

An increase in new infections has been reported in other parts of Bosnia too, with around 1,000 new daily infections confirmed on Thursday.

In response, authorities in the capital Sarajevo have expanded vaccination possibilities, instructed schools to organize vaccination courses and announced that they are monitoring the situation for possible new restrictions if infections spin out of control.

In most Central and Eastern European countries, governments have been reluctant to revert to lockdowns, hoping instead to boost vaccination with COVID-19 passes and pro-vaccination appeals. Bosnia’s vaccination rate stands at around 20% of the population of 3.2 million, which is among the lowest in Europe.

Doctors in Banja Luka said that most of their current patients have not been vaccinated at all or have received only one dose. Vaccinated people who end up in the hospital are usually older and still have a better clinical situation that generally does not end fatally, said doctor Djokic.

“I would like to use the opportunity to stress again that vaccination, with any vaccine really, is the only and safest way to battle the COVID-19 infection and this pandemic,” he said.

Still struggling after it was devastated in a 1992-95 war which killed more than 100,000 people, Bosnia has struggled during the pandemic. An already poor health system has been further plagued with reports of corruption in procurement of equipment for COVID-19 wards, triggering a probe by the state prosecutor’s office.

So far, Bosnia has had more than 250,000 confirmed infections and more than 11,000 deaths, which is among the highest death rates in Europe per capita.

“If I was not vaccinated I would probably have a hard time pulling through,” Marinko Ucur, a patient told the AP from his hospital bed, speaking with an oxygen mask. “The effects of the disease would have been much harder on me.”

Ucur said that he had been paying attention to measures and protection from the virus and still got infected.

“I have no idea how I got it,” he said. “I only know that this delta variant is very infectious and that people are contracting it very fast.”

Apart from low vaccination rates, experts have blamed the latest soaring infections in the region on the highly contagious delta variant amid widespread disrespect of common anti-virus recommendations to people to wear face masks indoors, distance and avoid crowds.

Another COVID-19 patient in Banja Luka, Rajko Milunovic, 43, said he has not been vaccinated but will do so immediately after getting out of the hospital. Many in Bosnia are vaccine sceptics out of general mistrust in the authorities and floating conspiracy theories against vaccination.

“Only when you feel this disease on your skin, on yourself, then you realize how dangerous it is,” he said. “I see it all clearly now. As soon as I get out of here I will get vaccinated. I think that the vaccine is a good thing.” 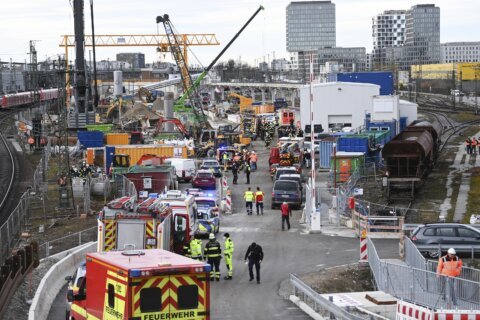