What is COP? Key facts and terms at climate summit explained

GLASGOW, Scotland (AP) — The U.N. climate summit, known as COP26 this year, brings officials from almost 200 countries to Glasgow to haggle over the best measures to combat global warming.

Here are some of the terms and key issues that will be discussed at the event, which started Sunday and is scheduled to run to Nov. 13:

Short for Conference of the Parties to the U.N. Framework Convention on Climate Change.

First held in 1995, it also serves as the meeting of parties to the 1992 Kyoto Protocol that first committed countries to reducing greenhouse gas emissions and those that signed on to the 2015 Paris Agreement. Governments meeting in the French capital six years ago agreed on a target of keeping global warming below 2 degrees Celsius (3.6 degrees Fahrenheit), ideally no more than 1.5C (2.7F), by the end of this century compared with pre-industrial times.

The 26th conference was delayed by a year due to the coronavirus pandemic. More than 25,000 delegates are registered for the Glasgow event, which is being chaired by British official Alok Sharma.

More than 100 world leaders will attend the start of the summit Monday and Tuesday, known as the high-level segment, including U.S. President Joe Biden and British Prime Minister Boris Johnson.

Germany’s Angela Merkel, who presided over the first COP, will make one of her last international trips as chancellor, while Indian Prime Minister Narendra Modi is also expected to attend in person.

Queen Elizabeth II and Pope Francis have canceled their trips to Glasgow, while Chinese President Xi Jinping, Russian President Vladimir Putin and Brazilian President Jair Bolsonaro are not scheduled to go but may deliver speeches by video link.

The Paris accord set a target for limiting global warming but left it up to each country to submit its own emissions reduction targets, known as Nationally Determined Contributions.

Part of the plan was for countries to regularly review and, if necessary, update their targets to ensure the Paris goal is met.

Governments were required to submit their new NDCs five years after Paris, but that deadline was quietly pushed back a year because of the coronavirus pandemic.

Countries had hoped to finalize the so-called Paris rulebook a few years after the accord was signed, but some elements of the agreement remain unfinished.

They include how countries collect and report their greenhouse gas emissions in a transparent way and how to regulate global carbon markets.

Among the top issues at COP26 is the question of how poor countries will afford the expense of ditching cheap fossil fuels in favor of renewable energy while adapting to the inevitable effects of global warming already “baked into” the atmosphere.

There is a consensus that rich nations, whose greenhouse gas emissions are largely responsible for climate change, have to pay up. The question is how much.

Many governments have stressed that finding ‘green’ jobs for millions of people working in the fossil fuel industry is a challenge.

This is true for developing countries as well as for rich nations such as the United States, where coal mines and oil fields are major employers in otherwise economically depressed regions.

Trees, wetlands and oceans are constantly removing carbon dioxide from the atmosphere.

Calculating how much CO2 is absorbed and stored by these carbon sinks is a key part of the climate change equation.

Some countries believe they can balance out much of their emissions using their own natural resources; scientists and environmental campaigners are skeptical about the idea.

Swedish climate activist Greta Thunberg has said she doesn’t want to be the center of attention and other campaigners from developing countries should be heard too.

But Thunberg, who inspired the Fridays for Future youth rallies, was mobbed like a rock star by fans and journalists Saturday as she arrived in Glasgow by train.

“Keep pushing for action,” he told a youth conference Saturday.

Follow AP’s coverage of the climate talks at http://apnews.com/hub/climate 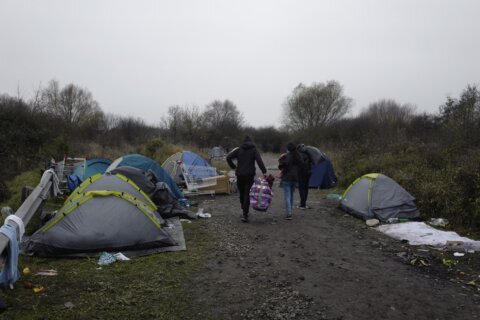 France lashes out at Britain’s latest proposal on migrants

Survivor found in coal mine in Russia’s Siberia — official 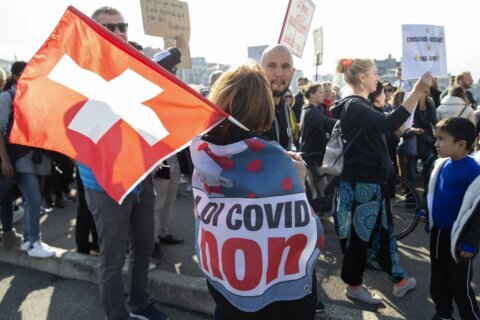