ROME (AP) — The Vatican said Friday that Pope Francis does not plan to attend the upcoming U.N. climate summit in Glasgow, Scotland.

Francis has made care for the environment a hallmark of his papacy, and he said in a recent interview that he intended to participate in the Oct. 12-Nov. 12 event and had a speech being drafted. Scotland’s bishops also were preparing for a visit.

But Vatican spokesman Matteo Bruni said the Vatican delegation would be led by the secretary of state, Cardinal Pietro Parolin, who acts as the prime minister of the Holy See.

No explanation was given, but Francis, 84, had a chunk of his colon removed when he underwent intestinal surgery in July.

In an interview with the Spanish bishops’ conference broadcast last month, Francis said he was back to normal, but he conditioned his presence in Glasgow on his continued recovery.

“In principle, the program is that I go. It all depends on how I feel at the time. But in fact, my speech is already being prepared, and the plan is to be there,” Francis told the COPE broadcaster.

Organizers are hoping world leaders at the annual U.N. summit will increase their carbon-cutting pledges so the world can limit global warming to 1.5 degrees Celsius above pre-industrial levels. 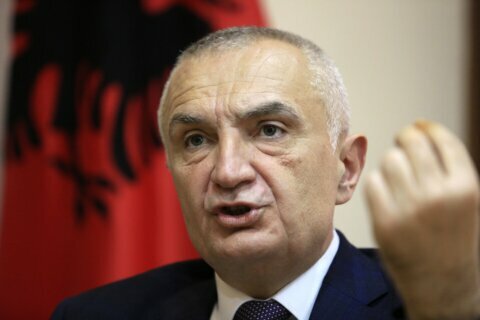