MADRID (AP) — Pomp, pageantry and a grand military parade marked Spain’s national day ceremonies in Madrid on Tuesday, overshadowing protests against what some see as a misguided celebration of Spanish colonial history.

Cavalry members escorted King Felipe VI and Queen Letizia to a platform where the royal couple watched more than 2,600 troops march along the flag-lined Paseo de la Castellana. The parade featured dozens of aircraft flying overhead and a 21-gun salute.

A parachutist with a giant red-and-yellow Spanish flag attached to his ankle landed on the avenue, drawing cheers from the thousands of spectators.

The Día de la Fiesta Nacional, also known as Dia de la Hispanidad, is a public holiday in Spain. The 1987 law which made Oct. 12 the national holiday said it commemorates “the linguistic and cultural projection of Spain outside of its European limits.”

The date marks explorer Christopher Columbus’ Oct. 12, 1492 sighting of land while traveling under Spanish royal sponsorship in search of what came to be known as the Americas. That event heralded centuries of colonization of the Americas by European nations while bringing violence, disease and death to indigenous people.

In Spain, the suffering of native populations during that period has not received the same attention or prompted the kind of historical reevaluation as it has, for example, in the United States, where in many places Columbus Day has been paired or replaced with Indigenous Peoples Day to switch the focus of the annual holiday.

Near to where Tuesday’s official national day celebrations were held in Madrid is a statue of Columbus atop a pedestal. It is 17 meters (56 feet) high.

In the U.S. city of Chicago, by contrast, three statues of Columbus remain in storage by order of the local government after protesters targeted them last summer.

The debate over Columbus’ historical legacy has raged for many years. But it came into sharper focus in the United States after a campaign to remove monuments dedicated to Confederate generals flared into deadly violence in 2017 in Charlottesville, Virginia.

Protests staged to coincide with Spain’s national day mostly were driven by other grievances.

The king, for instance, received jeers and whistles from people who want to abolish the Spanish monarchy. Regional officials fighting for the independence of Spain’s Catalonia region went to work as normal as a way of thumbing their noses at the country’s central authorities.

Even the anti-establishment, left-wing Unidas Podemos (United We Can) party supported the formal ceremonies in Madrid even though fighting inequality is one of its banner issues. The left-wing party, which is part of Spain’s coalition government, sent its three government ministers to attend the parade.

He said the holiday was meant to celebrate “what bonds us together, what makes us bigger as a society, what makes Spain a friendly, open, diverse country.”

Groups protesting against the tribute to Columbus and his legacy organized scattered demonstrations, including in Madrid, though turnout was light.

Joan Felguera, a 17-year-old student attending a protest in Barcelona against crimes committed by Spanish colonizers, said people had to choose how to react to what was known about the period.

“History is history,” he said. “But culture is changing and ways of thinking have evolved.”

But at a separate far-right rally in the northeastern Spanish city, participants argued that the Spanish conquests were benign. “But now things are being twisted around,” said Ester Lopez, a 40-year-old office worker.

Paula Guerra, a Chilean anti-racism activist, said the celebrations ought to be replaced by “an acknowledgment of the damage caused by the horrors” committed by Spain in the Americas.

Dora Turín, 35, who works in Spain’s audiovisual sector, said in advance of the parade that people should reflect positively on Spain’s colonial rule.

“It was a contribution of cultures, in addition to ours,” she said. “It meant adding more knowledge and being able to mix inter-culturally and reach what we are now.” 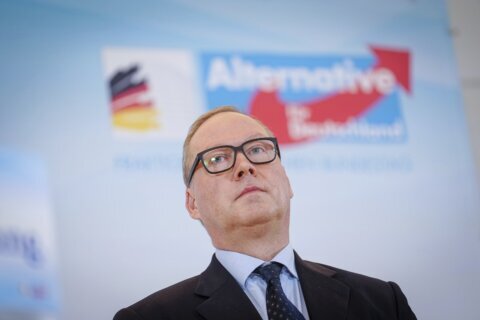 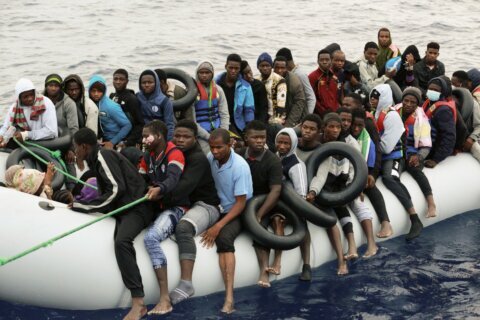