After failing to rebuild a governing coalition after the Liberal-led government was ousted in a no-confidence vote in early October, centrist USR party leader Ciolos presented a new governing program and a cabinet made up of USR ministers.

But Ciolos’ proposal for a minority government fell well short of the 234 votes it needed to pass. Most lawmakers abstained from voting or voted against it.

“Regardless of the result of the vote, regardless of the political struggle, we share the good or bad results with the citizens. We are in a time of deep crisis,” Ciolos, who has previously served as prime minister, said Wednesday.

If two designated prime ministers fail to form a government within 60 days the president can dissolve parliament, which could pave the way to early elections.

The political crisis began in early September when former prime minister Florin Citu of the National Liberal Party fired a USR justice minister for not signing off on a 10 billion euro ($11.5 billion) infrastructure development program.

USR, which has expressed concerns over transparency of the funds, reacted by quitting the three-party coalition and withdrew its support for Citu. The censure motion was filed by the opposition Social Democrat Party and supported by USR and the far-right AUR party.

In a speech Wednesday ahead of the vote, PSD party leader Marcel Ciolacu acknowledged Romania’s bleak pandemic indicators and said that the ongoing political struggle is “hurting everyone.”

“Selfishness, arrogance and lack of commitment have brought us into this dramatic situation,” Ciolacu said.

Romania, a European Union nation of around 19 million people, is currently battling an aggressive surge of coronavirus infections amid low vaccination rates. On Tuesday it hit pandemic highs in both infections and deaths. 574 patients died in a single day.

After Tuesday’s alarmingly high toll, President Klaus Iohannis announced that he has summoned government officials to a meeting Wednesday to discuss solutions to the virus crisis. 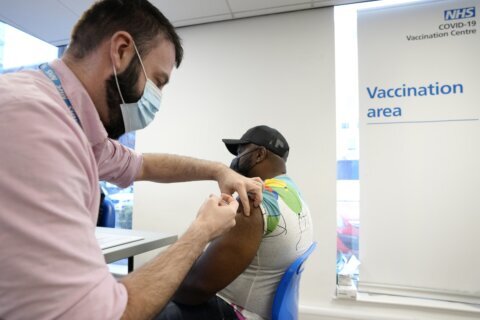 More regions of Russia require vaccines for people 60 and up