BUDAPEST, Hungary (AP) — A lack of answers from Hungary’s government about alleged spying on journalists, politicians and business figures has raised questions for a fact-finding committee of the European Union’s legislature on whether the government itself may be behind the surveillance.

The head of the European Parliament Committee on Civil Liberties, Justice and Home Affairs (LIBE), Gwendoline Delbos-Corfield, said Friday that while on an official visit to Hungary this week, her delegation interviewed several Hungarian journalists whose phones had been infected by Pegasus, a malicious spying software.

An investigation by a global media consortium published in July showed that Pegasus, a military-grade spyware from Israel-based NSO Group, was used in Hungary to infiltrate the digital devices of a range of targets — including at least 10 lawyers, one opposition politician and several government-critical journalists.

Speaking at a news conference in Budapest, Delbos-Corfield said that several of the journalists the delegation spoke with said the Pegasus affair had been “quite traumatizing.” The malware infiltrates phones to collect personal and location data, and can surreptitiously control the phone’s microphones and cameras.

In the case of journalists, that lets hackers spy on reporters’ communications with sources.

Delbos-Corfield said the Hungarian government’s refusal so far to confirm or deny whether it was responsible for the spying was “of great concern for the European Parliament.” While the malware was shown to have been used in other EU countries, “elsewhere it seems that it’s not coming from the governments of the member states,” she said.

“I’m not saying for sure, because I have doubts about this, but Hungary is the case where today, we have a clear sign that it was done by the government itself,” Delbos-Corfield said.

Hungarian officials, without denying having used Pegasus, have maintained that all secret surveillance activities are conducted in accordance with Hungarian law.

Justice Minister Judit Varga declined to appear for questioning by the Hungarian Parliament’s national security committee and told reporters in July that “every country needs such tools.”

“It’s an illusion if anyone tries to make an issue out of it,” Varga said.

The LIBE committee was in Hungary to gather information on judicial independence, media pluralism, fundamental rights, academic freedom and the functioning of democratic institutions, part of a so-called Article 7 procedure the EU launched against Hungary in 2018 for alleged breaches of the bloc’s fundamental values.

Delbos-Corfield said the delegation had met with “refusal to answer questions” and “clear hostility” in meetings with Hungary’s Constitutional Court and the Curia, its highest court.

Delegates were twice threatened with “contempt of justice” in meetings with the Curia, she said.

The delegation originally planned to be in Hungary in March 2020, but the COVID-19 pandemic delayed the visit.

“We came with concerns. Those concerns are there since 2018, at least.…These concerns remain,” Delbos-Corfield said. 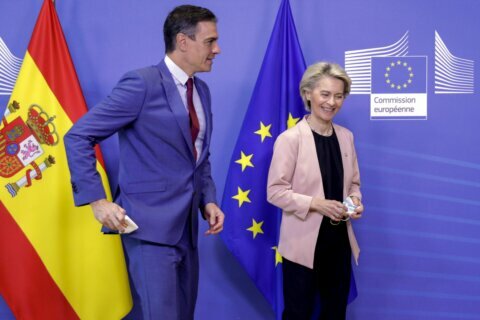 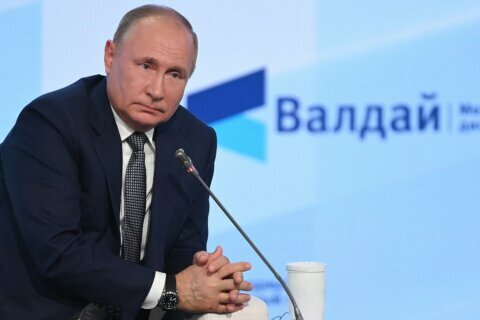