The stating of Hungary’s position followed a very different joint statement from the German and French foreign ministers, who said Poland has both a moral and legal obligation to respect the common rules of the European Union, which it joined in 2004.

“Membership of the EU goes with full and unrestricted allegiance to common values and rules,” Heiko Maas of Germany and Jean-Yves Le Drian of France said late Friday.

“Respect for and compliance with these must be fulfilled by every member state,” they added. “Of course, that also goes for Poland, which has a very central place within the EU.”

“This does not just mean a moral obligation. It also means a legal obligation,” the ministers said late Friday in reaction to the ruling from Poland’s Constitutional Tribunal.

In a legal decision requested by Poland’s prime minister, the tribunal held Thursday that the Polish Constitution has primacy over EU laws in some cases. Prime Minister Mateusz Morawiecki asked for the review after the European Court of Justice ruled in March that Poland’s new regulations for appointing Supreme Court justices could violate EU law and ordered the right-wing government to suspend them.

The Hungarian resolution states that the poor practices of EU institutions which disregard the principle of delegation of powers triggered the Polish court’s consideration of the legal primacy issue.

“The primacy of EU law should only apply in areas where the EU has competence, and the framework for this is laid down in the EU’s founding treaties,” the Hungarian document says.

The resolution also states that EU institutions are obliged to respect the national identities of member states. National law-enforcement bodies, in particular constitutional courts and tribunals, have the right to examine the scope and limits of EU competences, it says.

Some European leaders fear the ruling could bring legal chaos to the bloc, while many Poles fear that it’s a step on the path toward Poland leaving the EU.

Poland’s main opposition leader, Donald Tusk, called on Poles to defend their EU membership in protests planned for Sunday evening in Warsaw and other Polish cities.

Critics point out that Poland’s Constitutional Tribunal is a politicized body with several judges who were appointed illegally. They argue that it therefore lacks the legal authority to make a ruling that could be of enormous consequence to Poland’s future in the EU and its place in the West.

Jaroslaw Kurski, first deputy editor of the liberal daily newspaper Gazeta Wyborcza, had a message Saturday for Poland’s government as he called on people to protest Sunday: “You will not push us out of the European Union! You will not deprive our children of their dreams and their hopes for the future. If you want to head East, then by all means proceed, but do not drag us with you.”

Meanwhile, a far-right activist called “all patriots who care about the sovereignty of our state” to join a counter-protest in Warsaw. 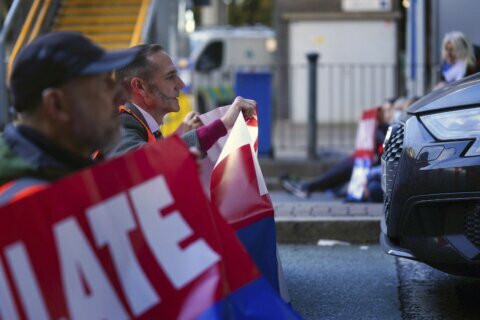 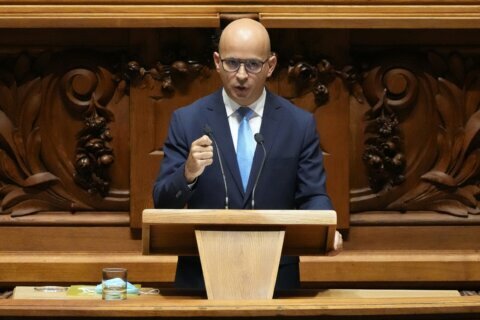