TBILISI, Georgia (AP) — Georgians voted in municipal elections across the country that were seen as a test for the…
Listen now to WTOP News WTOP.com | Alexa | Google Home | WTOP App | 103.5 FM

TBILISI, Georgia (AP) — Georgians voted in municipal elections across the country that were seen as a test for the strength of the ruling party and which opposition parties hoped could lead to an early national election.

The vote Saturday came a day after the arrest of exiled former president Mikheil Saakashvili, who had returned to the country to try to bolster opposition support despite facing prison on convictions for abuse of power that were declared after he left Georgia.

Opinion polls showed more than half the electorate in the former Soviet republic were undecided ahead of the election in which the ruling Georgian Dream party and the United National Movement founded by Saakashvili are the main contenders.

No results had been announced two hours after the polls closed. Official full results are expected on Sunday.

A strong performance by the opposition could raise tensions if Georgians expect that to bring an early national election.

Georgian Dream signed a European Union-brokered agreement in the spring under which an early parliament election would be held if the party gets less than 43% of the vote in the municipal ballots. But it later withdrew from the agreement because the UNM had not signed it, although that party signed after Georgian Dream pulled out of it.

Saakashvili, who left Georgia in 2014 and became a Ukrainian citizen, was arrested hours after he posted videos on Facebook saying he had returned to the country.

He was sentenced to up to six years in prison in absentia, and faces several other court cases stemming from his 2004-13 presidency on charges connected to the violent dispersal of a protest and a raid on a television station started by a political rival.

President Salome Zurabishvili, a former ally who was Saakashvili’s first foreign minister, said Friday that she will not consider offering him a pardon. 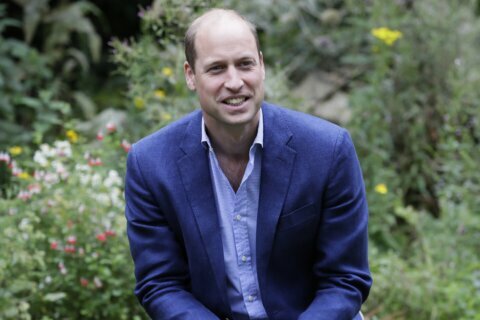