Europe, Japan probes to get 1st look at destination Mercury

BERLIN (AP) — A joint European-Japanese spacecraft is set to fly by Mercury for the first time late Friday on its path to deliver two probes into the planet’s orbit in 2025.

The BepiColombo mission will make the first of six flybys of Mercury at about 2334 GMT (1934 EST), using the planet’s gravity to slow itself down.

As it passes by Mercury down to an altitude of 200 kilometers (125 miles) the spacecraft will gather its first data and images before zooming off again.

The joint mission by the European Space Agency and Japan Aerospace Exploration Agency was launched in 2018, flying once past Earth and twice past Venus on its journey to the innermost planet of the solar system.

The mission is named after Italian scientist Giuseppe ‘Bepi’ Colombo, who is credited with helping develop the gravity assist maneuver that NASA’s Mariner 10 first used when it flew to Mercury in 1974. 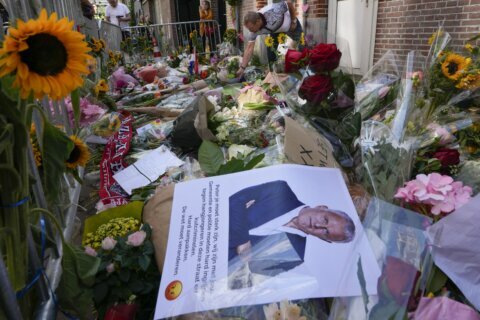