BRUSSELS (AP) — The European Union is considering providing a military training mission to Ukraine amid lingering tensions between Russia and its neighbor, officials said Monday.

Acting on a request from Ukraine for help with “professional military education,” the EU sent a fact-finding mission to the country last month. The topic will be discussed during a summit Tuesday in Kyiv, the officials said on condition of anonymity in accordance with EU practices.

The results of the mission have yet to be analyzed in order to define how the 27-nation bloc could best help. One official said the EU’s political and security committee, which is responsible for the common foreign and security policy, will go back to the issue in November.

Ukraine is locked in a bitter tug-of-war with Russia, which in 2014 annexed the Crimean Peninsula from Ukraine and has since been backing a deadly separatist insurgency in eastern Ukraine. This summer Ukraine President Volodymyr Zelenskyy urged closer ties between his country, NATO and the EU. Russia is adamantly against Ukraine, a former Soviet republic, getting NATO membership.

The EU has imposed economic sanctions against Russia and targeted Russian individuals and entities with restrictive measures in response to the annexation of Crimea and what it calls the “deliberate destabilization of Ukraine.”

The European Council, which represents the national governments of all EU nations, on Monday adopted new sanctions on eight more individuals, including judges, prosecutors and security officers.

“Those individuals have taken biased decisions in politically-motivated cases, and prosecuted or oppressed opponents of the illegal annexation of Crimea and Sevastopol,” the council said.

According to the EU, the Russian travel bans and asset freezes now target 185 people and 48 entities.

The annexation and Moscow’s backing of rebels in the east of Ukraine, where more than 14,000 have been killed since 2014, plunged Russia’s relations with the West to post-Cold War lows. The tensions rose again this year after Russia increased troop numbers near its borders with Ukraine, including in Crimea, eliciting international outrage.

They will also discuss disinformation and cybersecurity with their Ukrainian counterparts. Both sides have already started a cyber-dialogue, with a second round of discussions on that topic scheduled for next year.

“What we are looking to achieve is to really put in place a mechanism to strengthen and deepen on almost a daily basis the inter-institutional cooperation on cybersecurity,” an official said.

Other discussions at the summit will center around the progress made since the EU and Ukraine signed a free trade and visa-free travel deal in 2014.

The EU will acknowledge efforts made by Kyiv to keep pushing reforms — including in the rule of law and judiciary, and the creation of effective anti-corruption mechanisms. Other topics will also include climate change, aviation, energy, and cooperation in tackling the impact of the COVID-19 pandemic. 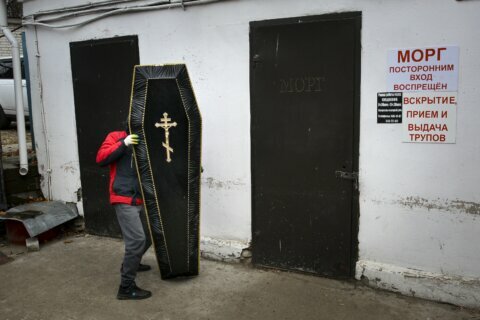 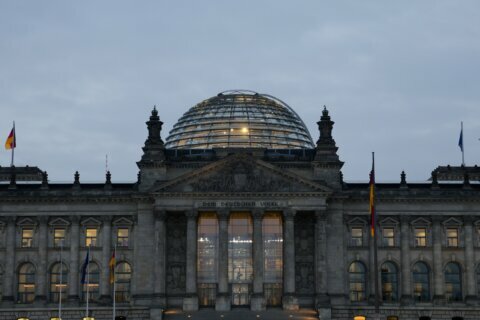 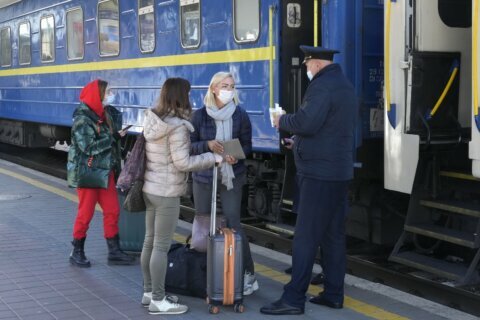