ROME (AP) — The European Union’s equality commissioner on Wednesday called for a united, swift response to rising extreme-right violence in Europe following the recent storming of union offices in Rome by neo-fascist sympathizers.

Commissioner Helena Dalli was addressing a plenary session of the European Parliament about right-wing extremism and racism in Europe. The session was prompted by an assault earlier this month on a union headquarters in Rome by members of small, extreme-right political party, Forza Nuova, who include neo-fascist sympathizers.

Dalli said “hatred, violence and intolerance” are no longer hiding in the “dark corners” of the internet or in clandestine organizations but are more and more erupting into the mainstream, “risking the undermining of democracy.” She called for a “prompt and comprehensive response” to the rise of fascism on the continent.

In the debate that followed, some parliamentarians lamented that extreme-left violence isn’t eliciting the same concern. Others called for the strongest condemnation of anti-Semitism, xenophobia and nationalism in Europe.

In Italy’s Parliament, lawmakers from left-leaning, centrist and populist parties have been demanding that the government issue a decree ordering the outlawing of Forza Nuova (New Force).

One of the founders of Forza Nuova is Roberto Fiore, a former member of the European Parliament. He was among those arrested for investigation of the Oct. 9 storming and sacking of the left-leaning CGIL labor confederation headquarters. The assault was launched after hundreds of angry protesters broke off from a noisy but peaceful rally against an Italian government workplace rule aimed at combatting COVID-19.

The incident evoked comparisons in Italy to attacks on union forces 100 years ago by supporters of Benito Mussolini, as the Fascist dictator consolidated his rise to power.

The pandemic rule, which took effect last week, requires anyone accessing their workplace to have either received one vaccine dose, or have recovered from COVID-19 in the last six months or have tested negative within the previous 48 hours. 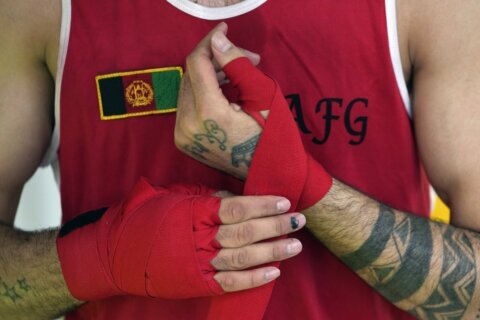