Cash windfall for Spanish youth can’t be spent on bullfights

MADRID (AP) — The Spanish government is offering citizens who turn 18 years old next year 400 euros ($462) to spend on cultural activities. But the sum comes with strings attached: the recipients can’t use it to buy tickets for bullfights.

The decision was one of the politically controversial measures included in the 2022 national budget unveiled by the government Thursday. The goal is to help Spain’s culture-related businesses recover from the loss of revenue during COVID-19 pandemic lockdowns.

The government said eligible teenagers could spend their 400 euros on items such as movie and theater tickets, books and concerts.

Bullfighting businesses wanted to be included, too, but they had few supporters in the coalition government, which is made up of the center-left-Socialist party and the left-wing United We Can party.

Conservative opposition parties chided the government for leaving out bullfights. The Fundación Toro de Lidia, which represents the bullfighting sector, complained that Spanish law classifies bullfighting as part of the country’s cultural heritage.

The Culture Ministry said in a written note to state-owned news agency Efe that “not everything that our legislation regards as culture will come under this cultural support.”

Bullfighting has fallen out of favor with a large section of Spanish society, particularly young city dwellers.

The government calculates that close to a half-million people will be eligible for the voucher, costing the state around 190 million euros ($220 million). France and Italy have taken similar steps to support their cultural sectors during the pandemic.

The budget seeks to drive a post-pandemic economic recovery through massive public investment, including with European Union funds. The government is aiming for 7% growth in Spain’s gross domestic product next year.

The Bank of Spain, the country’s central bank, expects 6.3% growth this year and 5.9% next year.

The government predicts that the budget deficit will fall next year to 5% of GDP, from an estimated 8.4% this year, due to an increase in tax revenue as the economy recovers.

Government workers are to get a 2% pay increase. Old-age pensions will also be increased in line with inflation, with the lowest pensions set to rise at least 3% next year.

A debate on the budget proposal is scheduled for next week in the Congress of Deputies, the lower house of the Spanish parliament, followed by a vote. The reception the proposal gets from lawmakers is regarded as a test of the government’s strength. 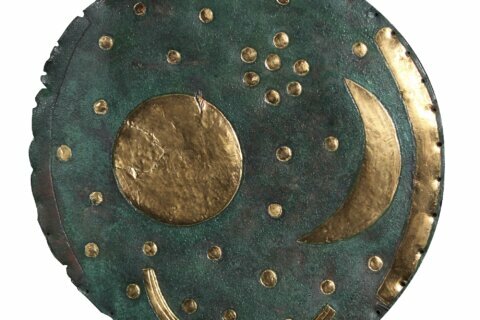 British Museum to display the world’s oldest map of stars