BUCHAREST, Romania (AP) — Two journalists and an environmental activist have been beaten up by suspected illegal loggers in a forest in northeastern Romania while making a documentary about illicit deforestation, authorities said Friday.

Thursday’s attack in Suceava County involved 11 people who are being interrogated, a police spokesman said. The victims suffered non-life-threatening injuries, and their equipment was destroyed.

Successive governments in Romania have struggled to tackle widespread illegal logging, which has drawn strong criticism from the European Union, to which Romania belongs. There have been several other violent incidents — some fatal — in the past involving suspected illegal loggers, and authorities have been accused of not doing enough to stop the problem.

“I assure you that the Romanian police treat (the attack) with the utmost attention,” police spokesman Georgian Dragan said Friday. “All legal measures will be taken.”

He called illegal logging a “scourge” and a police “priority.”

Mihai Dragolea, one of the investigative journalists attacked in the forest, told The Associated Press that their assailants “were all armed with axes and bats.”

“If it’s worth acting like an organized mob towards journalists and activists, it means you have a lot to lose. There is a lot of money involved,” he said.

“National authorities have been unable to effectively check the operators and apply appropriate sanctions,” the Commission said.

In 2019, two forest rangers were murdered while responding to reports of illegal logging in separate cases.

Romania is home to a vast swathe of old-growth and primary forests. Around half a million hectares of such forest exist, mostly in the Carpathian Mountains, out of a total forest cover of around 7 million hectares.

“We cannot accept such reprehensible acts that endanger the integrity and even the lives of those who defend the forests,” he said.

The victims met Friday with lawyers provided by Greenpeace Romania and will file a legal complaint to prosecutors.

“We advised them to come to Bucharest … to make sure they get objective treatment from the police,” Ciprian Galusca from Greenpeace Romania told the AP. “There is a history of corruption linking local authorities with informal structures of local power from timber harvesters.”

“There still hasn’t been a resolution from prosecutors despite the hard evidence which includes filmed footage with faces and identification of the attackers,” he said. “Romania’s justice system is encouraging violent attacks to keep occurring.” 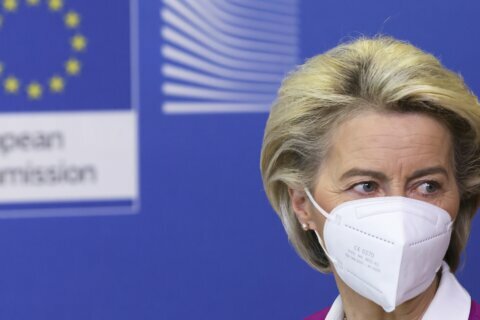