WARSAW, Poland (AP) — Polish opposition politicians accused the governing party Thursday of putting Poland’s membership in the European Union in danger after a top party official said “drastic solutions” could be needed amid a conflict with Brussels.

Government spokesman Piotr Mueller denied that there is any intention to leave the 27-member bloc, saying: “We will not follow the way of Great Britain.”

Ryszard Terlecki, deputy leader of the conservative nationalist governing party, Law and Justice, said Wednesday during a discussion at an economic forum in Poland that the party wants to remain in the EU and have a cooperative relationship with the bloc but that the EU “should be acceptable to us.”

“Because if things go the way they are likely to go, we will have to search for drastic solutions. The British showed that the dictatorship of the Brussels bureaucracy did not suit them and turned around and left,” he said, referring to Brexit, or Britain’s’ departure from the bloc.

Terlecki, who is also the leader of the ruling party’s group in parliament, spoke after the bloc moved earlier this week to punish Poland financially for actions that increase the governing party’s control over the courts. Brussels says they are against EU law.

Opposition lawmakers seized on Terlecki’s comment to accuse Law and Justice of seeking Poland’s departure from the EU.

Senate Speaker Tomasz Grodzki said it would not be in Poland’s interest to leave the EU.

Amid the uproar, Terlecki tweeted Thursday that he does not support leaving the bloc, saying: “Poland was, is and will be a member of the EU.” 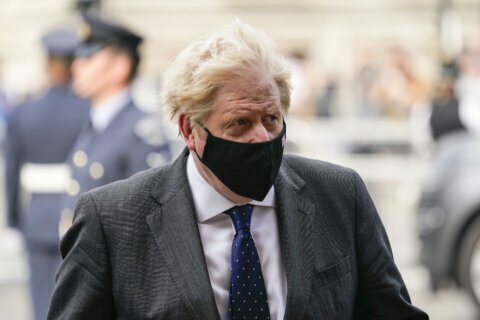