VILNIUS, Lithuania (AP) — Lithuanian cybersecurity experts are urging the country’s government agencies to abandon the use of Chinese smartphone brands after an investigation identified security vulnerabilities and censorship concerns with certain devices.

Lithuania’s National Cyber Security Center said it found four major cybersecurity risks for devices made by Huawei and Xiaomi, including two relating to pre-installed apps and one involving personal data leakage, and warned against using these two brands.

Xiaomi phones, which contain a content-filtering feature for 449 keywords or groups of keywords in Chinese characters, also carry the risk of possible restrictions on freedom of expression, according to the Lithuanian investigation.

The cybersecurity center warned the function could be activated at any time and said it did not rule out the possibility that words written in Latin characters could be added. According to the Lithuanian report, apps receive updated lists of censored words and phrases and are capable of blocking them.

The phrases include “Free Tibet,” “Voice of America,” “Democratic Movement” and “Long Live Taiwan Independence.” Although the content-filtering feature was disabled and no censorship was performed on the phones the Lithuanian center inspected, the center warned the function could be activated at any time.

A Huawei spokesperson in Lithuania denied the allegations.

Xiaomi denied its phones could be used to censor or posed privacy risks, saying they complied with the European Union’s stringent privacy regulations.

“Xiaomi’s devices do not censor communications to or from its users,” the company said in a statement. “Xiaomi has never and will never restrict or block any personal behaviors of our smartphone users, such as searching, calling, web browsing or the use of third-party communication software. Xiaomi fully respects and protects the legal rights of all users.”

The cybersecurity center, which is a Defense Ministry agency, also investigated phones made by another Chinese company, OnePlus, but found no problems.

“We strongly recommend that state and public institutions not use those devices and plan to initiate legislation which regulates acquiring certain devices for the ministries and various state agencies,” Deputy Defense Minister Margiris Abukevicius said Wednesday.

More than 200 public authorities have purchased such phones, and over 4,500 phones are in use, “which, in our opinion, increases the risks,” Abukevicius said. He didn’t specify the makes of all the phones.

The center’s investigation, released Tuesday, was done “to ensure the safe use of 5G mobile devices sold in our country and the software they contain,” he said.

Also, ordinary “people should also know what’s inside these phones, about the certain software and consider safety before making their decisions,” the minister said.

Beijing-based Xiaomi, known for its value-for-money devices, became the world’s No. 2 smartphone maker by sales this year, trailing only Samsung. The company was put on a U.S. Defense Department blacklist in the last few days of the Trump administration, which accused it of links to China’s military. It was later removed after suing the U.S. government and denies having any links with China’s People’s Liberation Army.

The move comes amid tensions between Lithuania and China.

China says Taiwan is part of its territory and doesn’t have the right to diplomatic recognition, although the island maintains informal ties with all major nations through trade offices, including in the United States and Japan. Chinese pressure has reduced Taiwan’s formal diplomatic allies to just 15.

Taiwan and Lithuania agreed in July that the office in the capital, Vilnius, set to open this fall, will bear the name Taiwan rather than Chinese Taipei — a term often used in other countries in order not to offend Beijing. On Wednesday, Lithuania said it was sending another 236,000 COVID-19 vaccines to Taiwan.

___ Kelvin Chan in London contributed to this report. 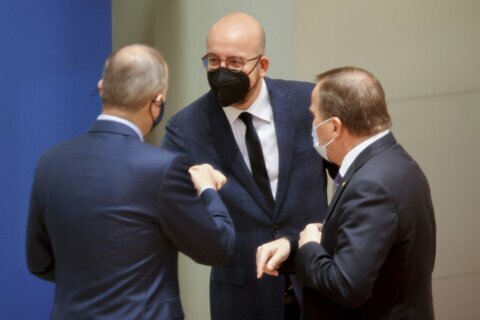 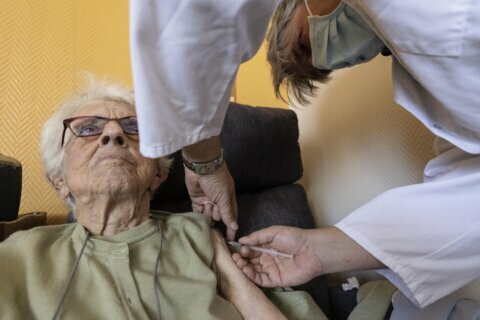