THE HAGUE, Netherlands (AP) — A 12-year-old boy has gone to court in the Netherlands to get permission to receive…
Listen now to WTOP News WTOP.com | Alexa | Google Home | WTOP App | 103.5 FM

THE HAGUE, Netherlands (AP) — A 12-year-old boy has gone to court in the Netherlands to get permission to receive a COVID-19 vaccine so he can visit his grandmother who is battling lung cancer, according to a written court ruling published Thursday.

The boy, whose identity was not released, “is afraid that he could infect his grandmother, and he is convinced that if she is infected, it could immediately be life-threatening for her,” the Dutch court’s written ruling said.

A judge who heard the case earlier this week gave the boy permission to get a vaccine shot.

Children ages 12-17 years can get vaccinated in the Netherlands with parental approval. If parents do not consent, “then you can ultimately decide for yourself to get vaccinated,” the Dutch government says in a message to children on its website outlining their right to vaccination.

The 12-year-old secondary school student went to court because his parents, who are separated, could not agree on the issue; his mother gave him permission, but his father would not, citing concern about short-term and long-term side effects.

The judge at the Northern Netherlands Court in Groningen said the father’s concerns about short-term side effects were “understandable” but added that the side effects he cited are very rare and treatable and were taken into consideration by Dutch health authorities when they approved COVID-19 vaccines for children.

The judge said the father’s concerns about long-term side effects “lack any factual foundation.”

Lawyers for the parents did not immediately respond to requests for comment.

The mother’s lawyer, Bennie Werink, told Dutch broadcaster RTV Noord the case was the first he had seen in which a family dispute about vaccination ended up in court.

Spanish court rules to extradite Venezuela spy chief to US 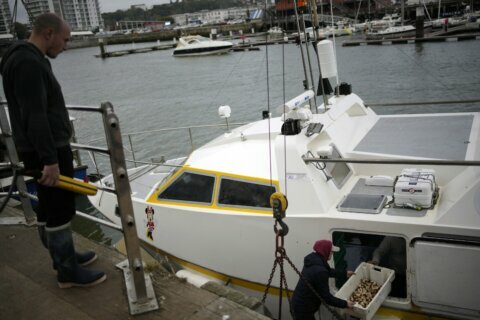 France to announce sanctions amid fishing dispute with UK