US, Russia to push ahead on arms control, strategic talks

GENEVA (AP) — The United States and Russia agreed Thursday to press ahead with arms control and related strategic security talks despite significant differences between the two sides.

In high-level discussions in Geneva, senior U.S. and Russian diplomats signed off on setting up two working groups to pursue potential accords related to nuclear weapons and other global threats: the Working Group on Principles and Objectives for Future Arms Control and the Working Group on Capabilities and Actions with Strategic Effects.

A senior U.S. official described the second meeting of the U.S.-Russia Strategic Stability Dialogue since President Joe Biden took office as having been “intensive and substantive” and “detailed and dynamic” but offered no specifics. A joint statement from the two sides said the talks were part of an “integrated, deliberate, and robust process.”

Beyond those platitudes, however, there were no tangible developments from Thursday’s meeting other than an agreement to hold additional high-level discussions after the working groups meet. And, no dates were announced for the working group meetings.

They are split by a variety of issues ranging from the nuclear to the cyber realms with the Americans still fuming over what they say has been Russian interference in U.S. and European elections, computer hacking, Moscow’s role in unrest in Ukraine and Georgia, and the poisoning of Russian dissidents.

The U.S. official said, though, that Thursday’s talks focused on the larger picture, particularly arms control since the Trump administration withdrew from two treaties with Russia and had been prepared to allow a third — New START — to lapse before Biden took office and decided to extend it.

A key hurdle in the talks has been Russia’s demand that the U.S. stop resisting limits on its missile defenses, which the Russians view as a long-term threat and the Americans see as a deterrent to war. At the same time, the U.S. has since the Trump administration been demanding that China be included in any future arms control agreements. China has rejected the calls.

For their part, the Russians have long insisted there can be no strategic stability without limits on defensive as well as offensive weapons. Russia has left no doubt that it will insist that missile defense be part of a future arms control arrangement.

The Biden administration wants Moscow to agree to limit its so-called non-strategic nuclear weapons, which are not covered by New START. Some arms control experts think this presents the possibility of a tradeoff — negotiations covering missile defenses as well as non-strategic weapons. 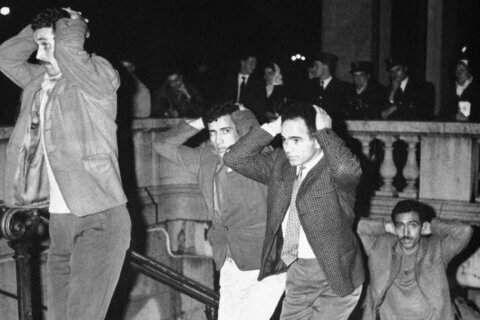