Coronavirus News: Fairfax Co. votes to increase substitute teacher pay | Is it time to get a COVID-19 booster? Which one? | Local cases of COVID-19 | How many in DC region are vaccinated?
Home » Europe News » Greece: Afghan refugees fly…

ATHENS, Greece (AP) — Authorities in Greece said that 41 Afghan refugees flew from Athens to Portugal on Tuesday, as part of a bilateral agreement to resettle 1,000 people who have been granted asylum.

The Afghans traveled to Greece before the Taliban takeover of Afghanistan in August. Another 43 are expected to fly to Portugal in the coming weeks, Greek officials said.

Athens is seeking to reduce the number of refugees living in the country through bilateral agreements with other European Union members.

Greece has the fifth-highest number of pending asylum applications among EU countries, following Germany, France, Spain and Italy, according to figures from the bloc reported for the end of June.

Athens has toughened its policy on illegal migration in recent years, stepping up controls at its land and sea borders with Turkey. 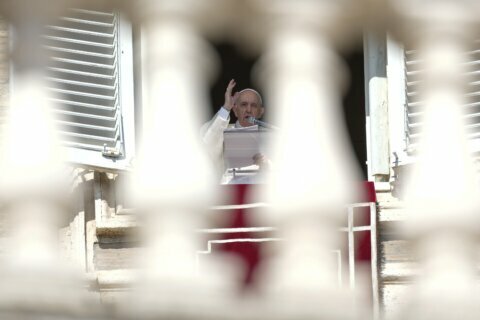