THE HAGUE, Netherlands (AP) — Social distancing will end in the Netherlands on Sept. 25, the same date that the…
Listen now to WTOP News WTOP.com | Alexa | Google Home | WTOP App | 103.5 FM

THE HAGUE, Netherlands (AP) — Social distancing will end in the Netherlands on Sept. 25, the same date that the government will begin mandating COVID-19 health passes to get into venues like bars, restaurants and theaters, caretaker Prime Minister Mark Rutte said Tuesday.

The end of what the Dutch have come to know as the 1.5-meter (3-foot) society is the most significant part of the latest round of easing the country’s pandemic lockdown and ends social distancing, which has been in place for the past 18 months.

“At a time when many people were sad, we had to keep our distance,” Rutte said.

But it goes hand-in-hand with the use of digital passes showing if people have been fully vaccinated, have just tested negative or have recently recovered from COVID-19. Other European countries such as France already have similar rules requiring a COVID-19 pass to get into public venues like bars and restaurants.

That has angered vaccine skeptics, who argue it’s a way of compelling them to get their vaccine shots. Caretaker Health Minister Hugo de Jonge denied that, but said more vaccinations would be a good side effect.

“In neighboring countries, you see that the COVID pass also has a positive effect on the vaccination level,” he said. “If that happens here, that is of course a plus.”

The government did not say how long the pass would be in use, but De Jonge said it would be “as temporary as possible.”

Some 62% of the Dutch population of 17.5 million people has been fully vaccinated, including 77% of adults, according to European Center for Disease Control figures from Sept. 5.

The announcement came on the day the Dutch public health institute said the number of positive tests declined 11% over the last week and COVID-19 admissions to hospitals and intensive care units also fell.

Earlier Tuesday, the government’s medical advisory body said a third booster vaccine shot should be given “with high priority” to people with seriously compromised immune systems. De Jonge said the government would take up the advice, which he said covers between 200,000 and 400,000 people.

The Health Council of the Netherlands also said giving booster shots to the rest of the Dutch population is not currently necessary but said preparations should be put in place to give people a booster shot if it becomes clear that the vaccines’ effectiveness in preventing serious illness is declining.

Also Tuesday, Rutte said that discos and nightclubs will be allowed to reopen but will have to shut their doors at midnight along with other bars and restaurants. Before the pandemic, most Dutch clubs closed much later than midnight. People will again be able to attend outdoor music and arts festivals if they show a COVID-19 health pass.

On Saturday, thousands took to the streets in cities across the Netherlands to demand a resumption of music festivals and similar events.

With the exception of a brief reopening early in the summer, nightclubs and discos have been closed in the Netherlands since mid-March 2020. A Dutch hospitality lobby group went to court to force the full re-opening of nightclubs and discos. A judge is to rule on the request Friday. 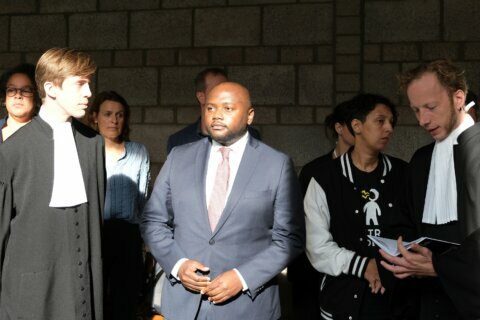