BERLIN (AP) — Angela Merkel, Germany’s first female chancellor, has been praised by many for her pragmatic leadership in a turbulent world and celebrated by some as a feminist icon. But a look at her track record over her 16 years at Germany’s helm reveals missed opportunities for fighting gender inequality at home.

Named “The World’s Most Powerful Woman” by Forbes magazine for the last 10 years in a row, Merkel has been cast as a powerful defender of liberal values in the West. She has easily stood her ground at male-dominated summits with leaders such as former U.S. President Donald Trump or Russian President Vladimir Putin.

Millions of women admire the 67-year-old for breaking through the glass ceiling of male dominance in politics, and she’s been lauded as an impressive role model for girls.

On trips to Africa, the Middle East and Asia, Merkel has often made a point of visiting women’s rights projects. She has always stressed that giving women in poor countries better access to education and work is key to those nations’ development.

But when it comes to the situation of women in Germany, Merkel — who said in 2018 that she wouldn’t seek reelection in this Sunday’s general election — has been criticized for not using her position enough to push for more gender equality.

“One thing is clear: a woman has demonstrated that women can do it,” said Alice Schwarzer, Germany’s most famous feminist. “However, one female chancellor alone doesn’t make for emancipation.”

Schwarzer, the 78-year-old women’s rights activist, is the most prominent founding member of the German women’s liberation movement, both loved and loathed in the country.

“She’s the first one who made it all the way to the top,” added Schwarzer, who has met Merkel for several one-on-one dinners over the years. “But has she done anything for women’s policy aside from her sheer presence? Honestly, not a lot.”

German women have even seen some setbacks during Merkel’s reign. Before Merkel took office in 2005, 23% of federal lawmakers for her center-right Union bloc were women. Today, the figure is 19.9%. Only the far-right Alternative for Germany party, with 10.9%, has fewer female lawmakers.

Germany also lags behind other European countries when it comes to equal political representation.

In 2020, the proportion of seats held by women in national parliaments and governments was 31.4% in Germany, well below Sweden’s 49.6%, Belgium’s 43.3% or Spain’s 42.2%, according to the European Union statistics agency Eurostat.

Women also remain second-class citizens in Germany’s working world. Last year, only 14.6% of top-level managers in big listed German companies were women. Germany also has one of the biggest gender pay gaps in the EU, with women earning 18% less than men in 2020, according to the Federal Statistical Office.

Some experts say Merkel has pressed for more power for women in indirect ways.

“Angela Merkel did not take up her job with the claim to use her role as chancellor for the support of women or making gender equality her vested interest,” said Julia Reuschenbach, a political analyst at the University of Bonn. “However, she did very much engage in promoting other women in politics.”

Ursula von der Leyen, a Merkel Cabinet stalwart, became the European Commission’s first female president in 2019. Annegret Kramp-Karrenbauer succeeded Merkel as leader of her CDU in 2018, though she failed to impose her authority on the party and stepped down earlier this year.

In 2007, von der Leyen, who was then family minister in Merkel’s Cabinet, pushed through a progressive reform of the country’s child-raising allowance which encouraged fathers to take some parental leave after the birth of a child. However, it was one of few legal changes during the chancellor’s tenure that actively sought to improve the situation of women.

One reason for Merkel’s reluctance to fight more openly for feminist issues in Germany may be her own struggle to get to the top of German politics, Schwarzer said.

“Merkel got a lot of pushback as a woman,” especially early in her political career, she said. “She didn’t expect that, so that may be a reason she didn’t pick out the fact that she is a woman as her central topic.”

German journalists’ comments on Merkel’s appearance were often openly sexist, particularly in the beginning. German media first dubbed her “Kohl’s girl,” because Merkel was initially promoted by then-Chancellor Helmut Kohl, and later called her “Mutti,” or “mommy,” even though Merkel has no children.

Leonie Pouw, a 24-year-old election campaign manager in Berlin, was eight years old when Merkel came to power, so she says it was the most normal thing for her to have a female chancellor.

“It was only in school, when I started to have political awareness, that I realized how much it meant, especially for the older generation, that a woman is leading Germany,” said Pouw, who grew up in southwestern Germany. “When I understood that, it made me proud, too.”

Nonetheless, Pouw thinks that Merkel could have done more for women’s rights and noted that none of Merkel’s Cabinets throughout her four terms achieved gender parity.

“I wish that in the future there will be as many women as men representing us,” Pouw said.

When Merkel herself was asked in 2017 whether she was a feminist, she answered evasively, saying: “I don’t want to embellish myself with a title I don’t have.”

Only in the last few years did Merkel take up the topic proactively and speak out for more gender equality in Germany. In 2018, as Germany marked the 100th anniversary of women’s suffrage, she said in a speech in Berlin to the loud applause of mostly female listeners that there was a lot still to do to achieve gender equality.

“The goal needs to be equality, equality everywhere,” she said. “I hope it becomes natural for women and men to split up work, raising the children and doing the household equally … and I hope it’s not going to take another 100 years to get there.”

Merkel has talked little about her experiences of discrimination or her personal life and her husband, quantum chemist Joachim Sauer, has kept a low public profile.

In the last few weeks, Merkel took a noteworthy step in further embracing women’s rights, declaring at a discussion with women in Duesseldorf: “I’m a feminist.”

“Yes, we should all be feminists,” she added. 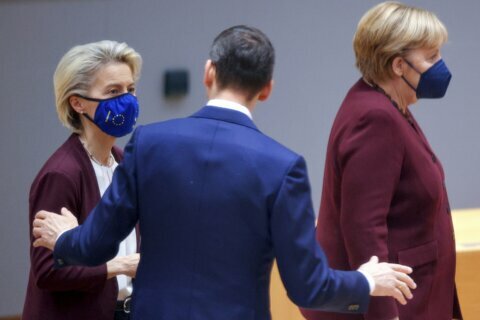 EU unconvinced by Polish arguments on rule of law changes 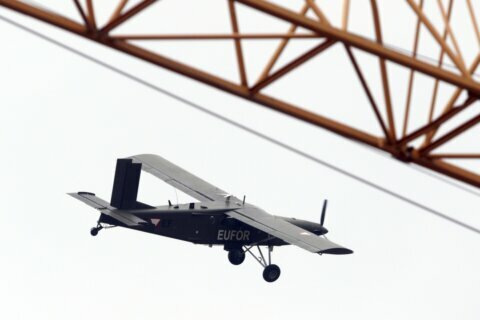