LONDON (AP) — The British economy grew by 4.8% in the second quarter of 2021 as lockdown restrictions were lifted but remains 4.4% below the level it was just before the start of coronavirus pandemic, official figures showed Thursday.

The Office for National Statistics also said the British economy grew by 1% in June alone, the fifth straight month of growth. June was the first full month that many sectors of the economy such as pubs and restaurants were fully open inside and out, following the lifting of restrictions.

“The U.K. economy has continued to rebound strongly, with hospitality benefiting from the first full month of indoor dining, while spending on advertising was boosted by the reopening of many services,” Jonathan Athow, deputy national statistician for economic statistics, said.

The lifting of pandemic restrictions following the rapid rollout of vaccines in the U.K. has buoyed growth in recent months. All legal limits on contact, such as social distancing rules and caps on the number of people allowed to gather together, were lifted in July in England. The other nations of the U.K. have been lifting restrictions at a slightly slower pace.

Economists expect further growth in the months to come even though confirmed virus cases have risen as a result of greater social contact. The Bank of England said last week that “a waning impact” from COVID-19 would boost demand growth and help the British economy reach its pre-pandemic level by the end of the year.

Ian Stewart, chief economist at Deloitte, said the “pace of repair” has been “extraordinarily fast,” and noted that it took five years for the British economy to recover the output lost in the financial crisis in 2008-9.

“The damage caused by the pandemic has been far worse and the recovery far quicker,” he said. “Massive government support has helped preserve capacity and speed up the rebound. This experience will strengthen the hands of those who believe that government — and public spending — should take a far more active role in countering conventional recessions.”

Overall, growth is expected to slow toward more normal rates in the months to come, partly reflecting lower government spending as many pandemic programs, such as a salary support scheme, end.

One uncertainty is how the economy will adjust to the end of the furlough scheme, which was introduced at the start of the pandemic last March to ensure unemployment didn’t rise substantially when lockdown restrictions were imposed. Under the program, the government paid 80% of the salaries of those workers unable to work because of lockdown measures.

The program, which is being phased out and due to end at the end of September, helped support over 11 million people but the number now is down below the 2 million mark as many sectors have reopened, notably hospitality. It kept a lid on unemployment, which remains relatively low at below 5%. 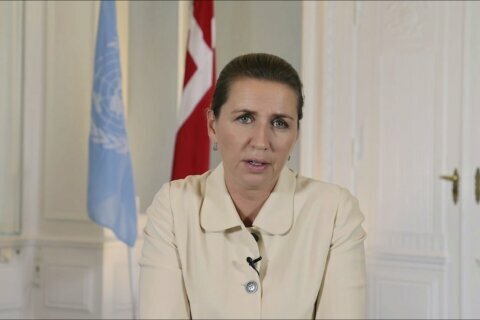