ROME (AP) — The Afghan worker for an Italian charity tried twice to enter Kabul’s chaotic airport, to secure her promised seat on an evacuation flight. The crush was too much, and on her second attempt she feared she would die in the stampede. Getting the attention of Western troops, never mind being believed by them, was impossible.

Amina, who asked to use a pseudonym for her own protection, wanted to give up and stay behind, despite the threat posed by Taliban rule against anyone, especially women, who had worked with Western organizations.

Then, her charity, Nove Onlus, came up with a system: They created a WhatsApp group administered by an Afghan in a safe country to share instructions and information on Taliban checkpoints. Each member was geolocated and identified as they approached the airport. All they needed was a password of sorts: Flash a red handkerchief tied around the wrist to the alerted Italian soldiers who waded into the crowd to pluck them out.

Such simple, one-off signals have helped save hundreds of Afghan workers who worked with Western organizations and are trying to escape the country with their families, but who haven’t had time to organize formal paperwork.

Another Italian NGO, Pangea, had its workers write a P on the palm of their hands in an agreed signal to Italian military.

“When I saw the Italian army, I climbed on a pole and I raised my arm with that red scarf and also with Italian flag in my hand,’’ Amina said. It worked.

She was among a group of 150 — Afghan women and their families — who landed in Rome on an evacuation flight early Tuesday. Pangea has brought to safety 30 activists and more than 200 of their family members, some of whom arrived in Italy on Monday.

Both groups coordinated the evacuations through Italian diplomatic and military authorities. More arrivals are expected in coming days.

Amina, who worked as a job training coach for the charity, collapsed into the arms of Nove Onlus’ Italian staff when she arrived at Leonardo da Vinci airport early Tuesday. She was able to bring with her three of her sisters and two brothers.

“I can’t express my feelings,’’ she said. “It is a feeling of joy and is a feeling of sorrow. I feel happy that I saved my own life and my family(‘s) life. We feel safe.”

“But instead on the other side I just feel also sad since I just left my homeland, where I was born, where I grew up,’’ Amina said, dissolving into tears and covering her face.

“This is not easy, to leave our homeland. Sorry. So sorry.”

Livia Maurizi, Nove Onlus’ evacuation coordinator, credits the Afghan women’s own determination with saving themselves, and others in need.

“They not only managed to escape the Taliban, they not only liaised with us for their own evacuation, but they contributed to the evacuation of many other women,” Maurizi said.

The Afghan arrivals are undergoing a 10-day COVID quarantine. The charity is working on finding “dignified accommodation” for them, and some companies have already stepped forward to offer jobs and training, said Nove Onlus spokeswoman Flavia Mariani.

For now, Amina doesn’t see a future for herself in the country she tried to reshape. Already, she says Afghan women have disappeared from the streets of the capital, keeping out of sight for their own safety and escaping when they can. 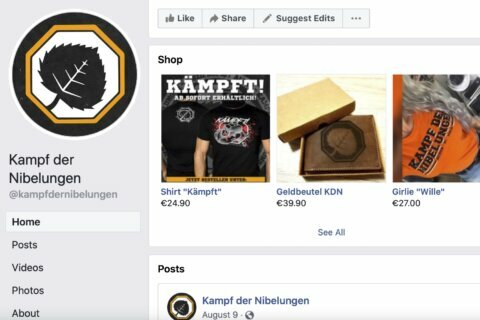 3 children killed in Croatia; suspect thought to be father