BERLIN (AP) — A truck crashed into a bus in central Germany, killing one person and injuring 13 others, news agency dpa reported Tuesday.

A 29-year-old woman was killed in the crash in Langenhagen, near the city of Hannover. Both drivers were injured, along with several bus passengers. Three people were suffering from severe injuries, among them a 4-year-old boy.

The accident happened Monday night at a street junction in Langenhagen where the traffic lights were turned off. According to the authorities the bus should have stopped at the junction to give way to the truck, but it didn’t and the truck crashed into the bus.

Since both drivers were injured police have not fully been able to investigate the accident yet, dpa reported. 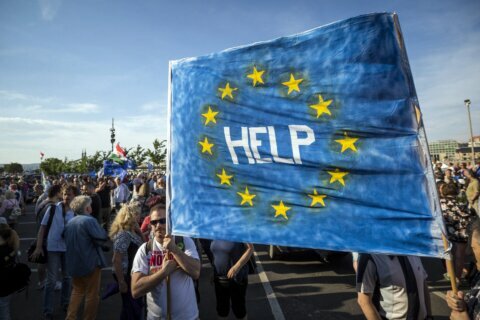