Romania’s monument ‘ambulance’ races to save country’s past

MICASASA, Romania (AP) — On a scorching summer day in the remote Transylvanian village of Micasasa, 39-year-old Romanian architect Eugen Vaida is busy coordinating a team of volunteers helping to breathe new life into a centuries-old castle on the brink of ruin.

“It’s in an advanced state of degradation and it’s a monument of national importance,” Vaida, who in 2016 launched the Ambulance for Monuments project, told The Associated Press.

The Ambulance for Monuments has a simple task: to race around the Balkan country, giving critical care to as many historical buildings as possible that are in an advanced state of decay before it’s too late.

Situated in a broad valley at the foothills of the Carpathian Mountain basin, the dilapidated 16th-century Brukenthal Castle, which was once home to influential aristocrats and used as a primary school until just after the turn of the century, is one such endangered building being revived by the project.

More than two decades of neglect have left the old castle in serious need of attention.

The castle’s interior boasts around 600 square meters (6,460 square feet), but its roof is leaking, its timbers rotting and part of a key structural wall that supports it is compromised by decades of neglect. A month-long revamp, like all of Vaida’s projects, is supported by dozens of volunteers who are playing an important role in preserving Romania’s past.

“Young people are starting to get more aware about their cultural identity,” said Vaida, who became fascinated with heritage objects as a child. “It’s our cultural identity this heritage, which is important for our spiritual development.”

One person directly involved in the efforts to save the endangered building from ruin is Micasasa’s mayor, 30-year-old Timotei Pacurar. For him, saving the village’s most significant and perhaps most neglected historic building holds a poignant significance.

“When I started school, I was here in this room, in the first class — we have a lot of good memories here,” Pacurar told the AP. “I was disappointed to see that the building almost collapsed.”

Pacurar stands in his crumbling childhood classroom, which he shared with his best friend and Micasasa’s deputy mayor, Adrian Suciu. When the pair won the local election, saving the historic building was high up on their list. Both have been helping out with manual labor on the project.

“Unfortunately, this place was ruined in only 20 years,” Suciu said. “I’m very happy that this event with the Ambulance for Monuments is happening, because as you can see it has been raining all over the place.”

The castle is one of several hundred monuments in Romania in a state of advanced degradation. Over the years, poor state management, weak legislation and a lack of funding have all taken a toll on Romania’s impressive heritage, Vaida says.

“In the last 30 years, it’s not just that communities have abandoned buildings, but also the support of the state was very, very low,” Vaida said.

Civic initiatives like the Ambulance for Monuments are stepping in to help preserve what they can. The project’s aim is not to fully restore buildings — since that would require expertise that isn’t available — but to rescue as many “immovable monuments” as possible from being lost to history.

“We have churches that are on the tentative list of UNESCO from the 14th century that have marvelous paintings on which it’s actually raining,” said Vaida, who was repairing the castle’s roof.

The local town hall supplied materials for the Misacasa intervention, while local residents — as with almost all interventions — provided housing and food for the volunteers, who often include students in fields such as architecture, archeology, structural engineering and history.

Erika Nagy, a 24-year-old architecture student in her final year in the U.K., has volunteered in Micasasa for more than two weeks.

“I first heard about Ambulance for Monuments from my very close friend,” Nagy said. “Old buildings and old architecture is a part of us — and I think we should keep them around.”

Among group’s prominent supporters is Prince Charles, who has longstanding ties to Romania where his Prince of Wales Foundation owns old properties and promotes heritage and nature preservation.

“The Prince of Wales believed in this project from the beginning,” Vaida said. “He visited two years ago and he spoke with everyone — trying to find out their life stories and why they are coming to save their own heritage.”

As the evening draws in on a Saturday, the volunteers are busy measuring, sawing and hammering away at the castle’s roof timbers. The overhaul is a labor-intensive task, but it will help keep the storied, centuries-old castle from becoming irreparable.

“The future is in our hands, and we can change things,” Pacurar said. “We can make this building look good again — like a treasure for our community.”

Over the past couple of years, Vaida, who spends most of his time driving between interventions, has used a franchise system to expand the project, which now covers around 60% of Romania. He also has ambitions to adopt his ambulance project internationally in countries with similar problems.

But for now, rescuing as much of Romania’s architectural heritage is his chief aim.

“Over the next five years, (the plan) is to expand over the whole (Romanian) territory,” he said. “Every Romanian should at some point come to put a tile or a nail on a roof to save their own cultural identity.” 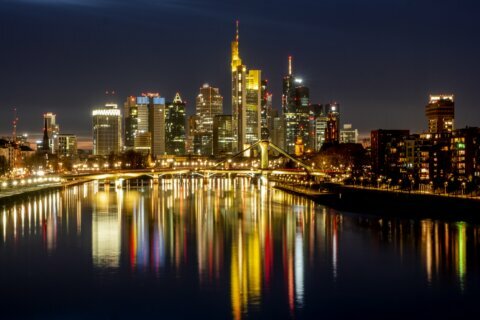 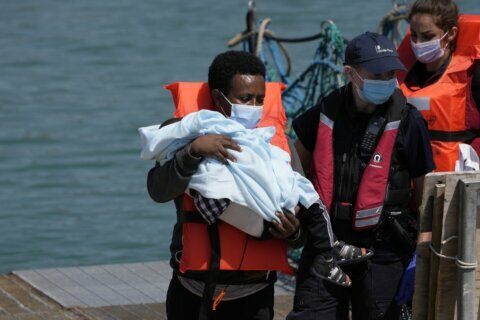