The demonstration in front of the parliament building took place hours after the government submitted legislation to make COVID-19 vaccinations mandatory for employees at nursing homes and care facilities.

Under the draft bill, staff members could be suspended without pay starting in mid-August if they fail to comply.

Officers fired the tear gas and water cannons after protesters attempted to break through a police cordon.

Vaccinations already were made mandatory for rescue personnel employed by the country’s Fire Service, which began transferring non-vaccinated members of its rescue service to other departments this week.

The Greek government is worried that slowing vaccination rates will hurt the country’s economic recovery after a steep recession last year caused by lockdowns and the pandemic’s impact on the tourism industry.

Roughly 45% of the country’s population has received two vaccine doses, according to daily public health data. 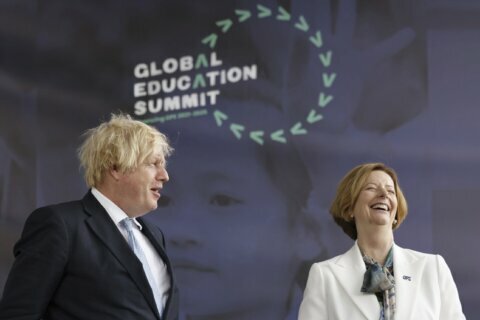 World pledges $4B in push to repair COVID’s education damage