German jobless rate down in July as recovery rolls on

The unadjusted jobless rate, the headline figure in Germany, was down from 5.7% in June. The Federal Labor Agency said the number of people registered as unemployed stood at 2.59 million – 24,000 fewer than the previous month and 320,000 fewer than a year earlier. The agency said it was the first July month-on-month decline since 2006.

In seasonally adjusted terms, the unemployment rate was down to 5.7% from 5.9% the previous month. That was better than economists’ forecast of 5.8%.

COVID-19 cases are rising gradually from a very low level in Germany. Although authorities are wary of the potential impact of the more contagious delta variant, they haven’t seen a need to reinstate the many pandemic restrictions that have been dropped.

Rises in unemployment in Germany and elsewhere in Europe have been moderate by international standards during the pandemic. That is because employers made heavy use of salary support programs, often referred to as furlough schemes, which allow them to keep employees on the payroll while they await better times.

In Germany, the Federal Labor Agency pays at least 60% of the salary of employees who are on reduced or zero hours.

The labor agency said it paid support for 2.23 million people in May, the most recent month for which it had estimates. That was down from 2.47 million in April and far below a peak of nearly 6 million in April 2020. 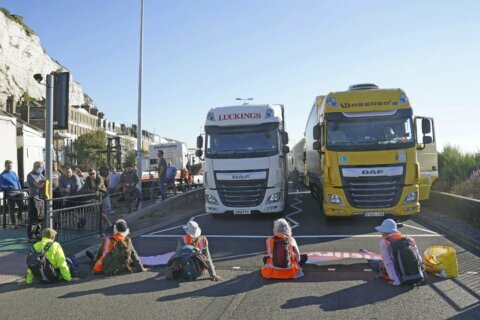