Championed by President Emmanuel Macron, the legislation touches on issues central to French culture and the economy, including farming, historical buildings and the aviation and motor vehicle industries.

Months of wrangling in both houses of parliament resulted in the watering down of several provisions, but the compromise version easily passed in both the Senate and the National Assembly.

The final draft included measures to encourage cleaner cars and phase out the most-polluting vehicles; aid for the renovation of energy-inefficient homes and other buildings; and a ban on domestic flights under two and a half hours on routes that can be traveled by train.

Environmental activists accuse Macron, who has taken a strong global stance on climate issues, of failing to live up to his promises at home.

The head of Greenpeace France, Jean-Francois Julliard, stood under a sign reading “Climate law: botched job” as he addressed a small group of protesters ahead of the vote outside the National Assembly.

“The law is not up to the task,” Julliard said. “It falls short of introducing ecology into the daily lives of the population….We will have to continue to disobey, protest and file legal cases.”

A panel of 150 citizens convened by Macron worked for months to produce recommendations for the legislation, but critics say the president weakened their proposals. And conservative and some other lawmakers amended several measures once the bill reached parliament.

“The law is completely unambitious,” school teacher Aurelie Lilith, 35, a member of both Greenpeace France and Extinction Rebellion. She said protests must continue “to draw attention to what scientists are saying about climate change.”

Lilith and others mentioned the floods that killed at least 196 people in Germany and Belgium last week, along with the drought and wildfires in the western United States, as examples of the consequences of failing to take global warming seriously. 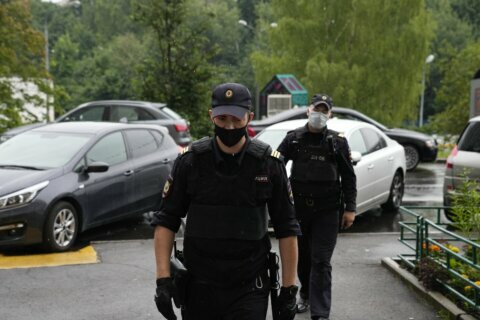 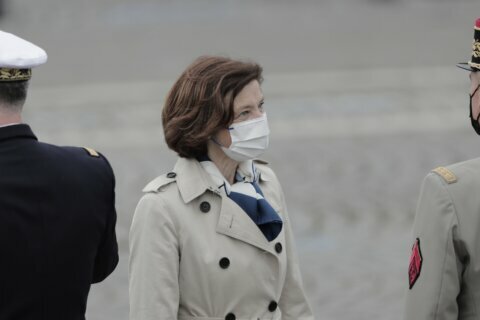 Was Macron’s phone a target for spies? French investigate