Some 150 people trapped in two seaside areas in the city of Catania were evacuated late Friday by sea, where they were picked up by rubber dinghies and transferred to Coast Guard boats. A beach concession area with sunbeds and umbrellas was completely destroyed by fire.

The Catania airport also was briefly closed to give precedence to helicopters and planes battling the flames.

Regional Gov. Nello Musumeci told reporters that some fires appeared to have been caused by arsonists, while others had natural causes as temperatures hit record levels. While convicted arsonists face jail time in Italy, Musumeci said it is usually limited to six months or a year. “Instead it should be a life sentence,″ he said.

The wildfires also affected the Sicilian provinces of Palermo, Syracuse and Messina.

Italy’s Civil Protection authorities said the agency has received 558 requests from regions to help in fighting brush and forest fires this season, one-third in the last week alone. That makes it the fourth most severe fire season since 2007 so far.

The Civil Protection Agency has 30 aircraft stationed at 16 bases around Italy to aid regional authorities in fighting fires in Italy’s forests.

While the south was suffering under severe heat, aggravating the fire danger, the north again was facing a severe weather warning, in effect in Lake Como in Lombardy as well as in neighboring Piedmont. 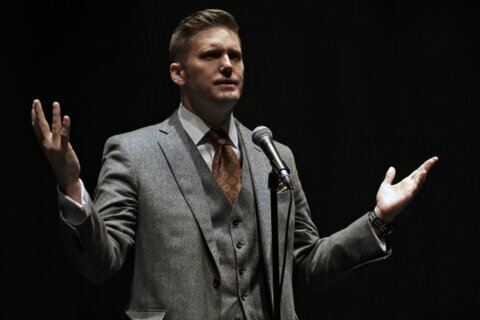