BARCELONA, Spain (AP) — Barcelona and the surrounding northeast corner of Spain are curtailing public activity again to stem an outbreak of the delta variant of the coronavirus that is running wild among unvaccinated younger people and placing hospitals under growing pressure.

Regional authorities in Catalonia were waiting for a judge to sign off on restoring a nightly curfew in towns with populations over 5,000 which surpass the rate of 400 infections per 100,000 inhabitants over 14 days. The curfew is intended to discourage social gatherings where the virus spreads.

The more infectious delta variant is pushing infections back up in Spain and other European countries where vaccination efforts are going well and the public healthcare systems are robust. But Catalonia has an infection rate double Spain’s national average, with over 1,000 cases per 100,000 inhabitants over 14 days.

Health director Josep Maria Argimon said the situation is “very bad,” with more than 8,000 new cases officially reported a day in the region of 7.5 million people. Catalonia is currently one of the hardest hit areas of Europe; only the Mediterranean island nation of Cyprus is worse off, according to the European Center for Disease Control and Prevention.

Catalan authorities said they are canceling health workers’ days off this weekend because the number of intensive care beds occupied by COVID-19 patients is expected to surpass 300, from 237 on Wednesday.

Scenes of revelry became common in many of Spain’s cities once the government lifted a six-month nighttime curfew in early May. The government had hoped to give some relief to businesses and send the message abroad that Spain was open again for its all-important summer tourist season.

“It all started with the end of school, which had served as a safe place where sanitary measures worked well. And then we saw a series of trips of students to celebrate the end of the school year and other festivities, and that was the start,” Catalan health official Carmen Cabezas said. “That, combined with the arrival of the delta variant,…made for a perfect storm.”

Authorities in Catalonia are rolling out several measure to combat the outbreak. Mobile vaccination units are targeting areas with lower vaccination rates. The government will start offering free antigen tests to parents of children ages 10-16 who are attending summer camps. The upscale beach town of Sitges is trying out drones to monitor the occupancy of its beaches.

But most of all, Spain is counting on getting its young people vaccinated. After meticulously working down from the oldest to youngest age groups, health officials recently opened up vaccination slots for anyone over 16.

Barry Hatton contributed to this report from Lisbon, Portugal.

Follow all AP coverage of the coronavirus pandemic at https://apnews.com/hub/coronavirus-pandemic 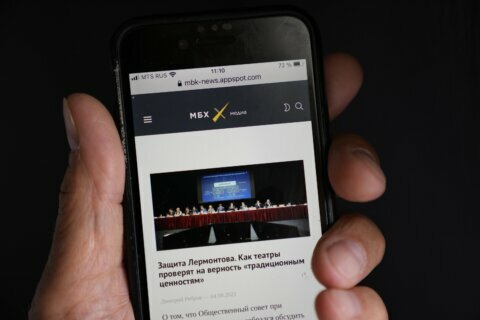