ATHENS, Greece (AP) — Albania’s prime minister says he thinks a resurgence of nationalism in Europe is holding back plans to expand the European Union to include his country and others in the Balkans region.

A dispute between neighboring North Macedonia and EU-member Bulgaria over the origin of the Macedonian language has gotten in the way of Albania’s accession bid.

“Things have changed and changed in the wrong direction for all of us,” Prime Minister Edi Rama said Friday, speaking at a conference near Athens.

“Once upon a time, we were told that this process, the integration process, would…repress somehow, by force of example, Balkan nationalism,” Rama added. “But guess what? Today, we are hostage to European nationalism. And this is sad. It’s very sad.”

Senior officials from the United States have warned that Western adversaries will continue to gain influence in the region if the dispute remains unresolved.

Slovenia, a former Yugoslav republic that currently holds the EU’s rotating presidency, has said it considers ending the impasse a priority. 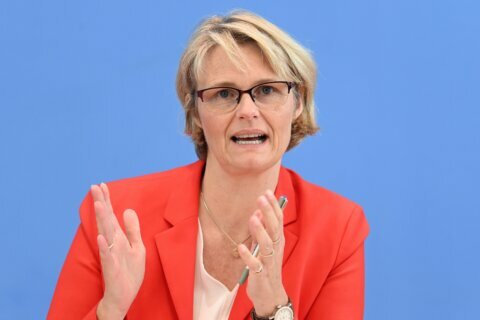