TIRANA, Albania (AP) — Western Balkan leaders meeting in the Albanian capital Tirana Thursday voiced satisfaction with a large investment plan announced for the region by the European Union — which they all hope to join some day.

Albanian Prime Minister Edi Rama described the investment plan as the EU’s “greatest historic move toward the Western Balkans.” He said it would lead to “a fundamental improvement of the road, railway and port infrastructure, inter-connectivity, energy sector and digitalization.”

EU Enlargement Commissioner Oliver Varhelyi said the project would mobilize 9 billion euros ($11 billion) and potentially raise investment of up to 20 billion euros ($24 billion) in 2021-27 for the region, which has a combined population of about 18 million.

It’s intended to spur long-term recovery after the COVID-19 pandemic and to better connect regional economies with each other and with the EU.

As a first success, Varhelyi announced the free roaming use of cellphones in the region.

But Varhelyi warned that the plan “will give its results only if the region itself works for its regional market,” urging closer cooperation in a part of the Balkans that was ravaged by war during the bloody break-up of the former Yugoslavia in the 1990s.

Western Balkan countries are at different stages of integration with the bloc.

Montenegro and Serbia have already started full membership negotiations while Albania and North Macedonia are expecting to launch them. Kosovo and Bosnia have signed the Stabilization and Association Agreement, which is the first step in the long process.

The bloc is also pressing for the normalization of ties between former foes Serbia and Kosovo. Their next talks are planned to resume next week in Brussels.

“We should acknowledge that the EU, the European Commission have done their job so far,” said Rama. “Now we should do ours.” 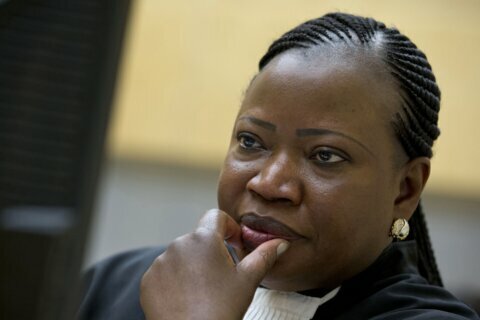