PIRAEUS, Greece (AP) — Ferry services to the Greek islands were disrupted Thursday morning after a seamen’s union went ahead with a strike that a court had declared illegal.

Union members blockaded the entrance to ferries in the main port of Piraeus, preventing anyone from boarding. Hundreds of passengers with their suitcases gathered at the port, saying the ferry companies had not informed them of the strike. Heated arguments broke out between passengers and striking workers.

The seamen’s union had declared a 24-hour strike to protest a draft labor bill being debated in parliament, which workers say will erode their rights. Other seamen’s unions have declared strikes for June 10, as part of a general strike that day.

“Today’s strike, as you know, had been deemed illegal,” Shipping and Island Policy Minister Giannis Plakiotakis said. “The choice of one union to move outside the legal framework is a wrong tactic, which turns against passengers and doesn’t serve the union movement.”

He said the ministry intervened, with the union eventually relenting and allowing passengers to board. The ferries eventually set sail after several hours’ delay. 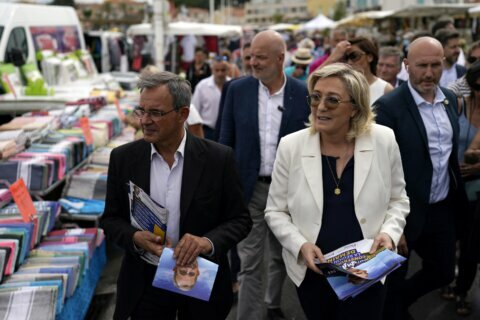