MADRID (AP) — Thousands of people called Sunday for Spain’s government to resign over its plan to issue pardons to a dozen separatist leaders who were convicted for their roles in a 2017 attempt to carve out an independent Catalan state, the boldest secession push in recent Spanish history.

The demonstration in Madrid was the largest to date against the left-wing coalition government led by Socialist Prime Minister Pedro Sánchez. It was organized by a civil society group in defense of Spain’s unity and held at a central square that has become a symbol for far-right political rallies.

“Where have you seen, my friends, a government that rewards those who declare themselves enemies of its nation?” Rosa Díez, a former Socialist politician who heads the Union ’78 platform, said at the event.

Leaders of the center to far-right opposition to Sánchez joined the protest at Colón Square, which boasts one of the nation’s largest national flags.

Sánchez hasn’t signed any pardons yet for the political and civil society leaders who in October 2017 pushed ahead with a banned referendum on independence for the northeastern region of Catalonia and then declared independence based on its results. Opponents of Catalan independence boycotted the vote, which took place amid a violent police crackdown.

But the prime minister has defended the potential pardons as a way to bring Catalans and Spaniards closer together after the divisive prosecutions that put nine of the 12 Catalan leaders behind bars. Hundreds of civil servants and activists have also been prosecuted.

Spain’s Supreme Court has opposed the pardons. In a recent non-binding opinion, the court said that the sentences for sedition and other crimes were appropriate, and that the convicted individuals had not shown “the slightest evidence or faintest hint of contrition.”

Sánchez also faces criticism in his own Socialist camp, where the pardons are seen as a risky political gamble. More than 60% of Spaniards oppose the pardons and 29.5% back them, according to a recent poll for El Mundo newspaper. Other surveys conducted in Catalonia show 60% to 70% support for the move.

In his most recent comments about the issue, Sánchez signaled a desire to address the concerns.

“I understand that there are citizens who are reluctant about the possibility of granting pardons to the Catalan prisoners,” the prime minister said during a visit to Argentina this week.

“But I ask for your trust because we have to make a bet for coexistence,” he continued. “Spanish society has to move from a bad past to a better future, and that also implies magnanimity.”

Detractors accuse Sánchez of making concessions to the separatists in exchange for support from Catalan lawmakers in the national parliament and, ultimately, to remain in power. The votes of ERC, a left-wing pro-Catalan republican party that has recently become the dominant force in the prosperous region, could be key for passing a national budget next year and determining how Spain will spend a hefty pandemic recovery fund, among other issues.

“We are not going to permit Sánchez’s attack on the judiciary, on the sovereignty, national unity and equality of the Spanish people, in exchange for a handful of votes,” Pablo Casado, the leader of the leading opposition party, the conservative Popular Party.

At Sunday’s protest, a banner raised over a sea of yellow and red Spanish flags read, “They are not pardons, it’s blackmail.”

In what has been read as an attempt to pave the way for Sánchez’s pardons, former Catalan Vice President Oriol Junqueras, who is the president of ERC and the highest-ranking imprisoned Catalan, recognized in a letter this week that the 2017 breakaway bid “was not considered fully legitimate by a part of society, including in Catalonia.”

His letter has been interpreted by the Spanish government as an attempt to break with hardliners such as Carles Puigdemont, who was the Catalonia region’s president at the time of the referendum and subsequently fled Spain with some other Catalan officials.

In the letter, published by the Catalan ARA newspaper, Junqueras mapped out a forward strategy betting on a new independence referendum, but this time not unilaterally organized by the pro-secession camp. Instead, he pointed out that Scotland’s 2014 independence referendum, which was authorized by the British government, was the best example. Scottish voters elected to remain in the U.K.

“We know that other means are not desirable because they move us further from our goal,” Junqueras said in a veiled reference to the position still defended by Puigdemont, his former boss. From his current position as a current lawmaker in the European Union parliament, Puigdemont keeps asserting that he has a mandate to establish a new state.

Despite the apparent thawing of relations between ERC and Sánchez’s government, neither side predicts a swift resolution to the secession question.

Spain’s government remains firm in its position not to concede a referendum that would threaten the country’s territorial sovereignty, while Junqueras and many of his cohorts believe it is the ultimate outcome.

Tensions over secession grew in earnest a decade ago amid the economic hardship of the Great Recession and discontent over Spain’s opposition to more autonomy for the Catalan-speaking region of 7.5 million people.

The issue has also dominated the political debate at the national level and contributed to the rise of the Spanish nationalist Vox party, which has become the third-largest political force in the lower house of Spain’s Congress. 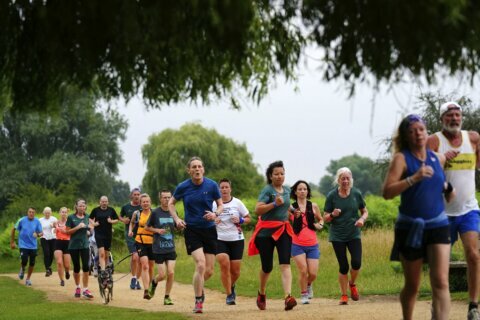