Skeletons of related Viking-era men to reunite for exhibit

COPENHAGEN, Denmark (AP) — The skeletons of two related Viking-era men, one who died in central Denmark and the other who was killed in England during a massacre ordered by a king, are set to be reunited for an exhibition opening in Copenhagen this month.

Scientists on both sides of the North Sea have established a genetic link between the Norsemen. DNA tests showed “that they are either half brothers or nephew and uncle,” University of Copenhagen geneticist Eske Willerslev said.

The man from the central Denmark island of Funen was a farmer in his 50s; his skeleton was excavated in 2005 near the town of Otterup. He stood 182-centimeters-tall (just under 6 feet), had arthritis in most of his bones and signs of inflammation inside some ribs which could indicate tuberculosis, according to Odense City Museums chief curator Jesper Hansen.

The man likely took part in the raids for which Vikings remain notorious because “he also has a violent lesion on his left pelvis, which may have originated from a proper stab from a sword. The wound from that blow may have cost him his life because it did not heal,” Hansen said in a statement.

Across the North Sea, the skeleton of a younger man was found in a mass grave near Oxford, England in 2008 with the remains of at least 35 other men. All were killed more than 1,000 years ago when the king ordered the slaying of dozens of Danish settlers.

“He died of massive injuries from several types of weapons,” Lasse Soerensen, head of research at the National Museum of Denmark, said. His skull shows traces of at least nine lesions caused by a sword or other sharp object, and the skeleton also revealed signs he was speared several times in the back.

The pair of skeletons will be displayed as part of an exhibit titled “Togtet” – Danish for ”The Raid” – that opens June 26 at the National Museum of Denmark.

From the year 850 A.D, people from Denmark settled in England as farmers. King Aethelred II ordered the Danes – adults and children – to be killed in 1002.

During the Viking Age, considered to be from 793 to 1066, Norsemen known as Vikings undertook large-scale raiding, colonizing, conquest and trading throughout Europe. They also reached North America. 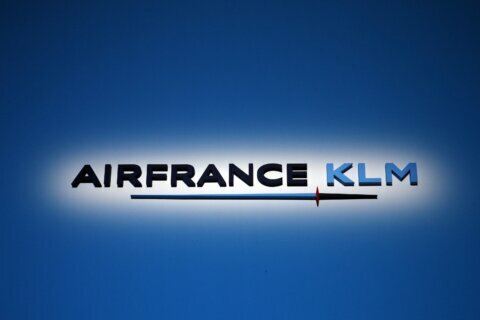