A statement late Monday said the two works were in the hands of the police, but provided no detail on their condition and on whether any arrests had been made.

The paintings were stripped from their frames during a well-organized, overnight heist at the National Art Gallery on Jan. 9 2012. The burglars had also taken a pen and ink drawing of a religious scene by Italian 16th century painter Guglielmo Caccia. They had initially grabbed a fourth work, also by Mondrian, but abandoned it as they fled.

Police said at the time that the heist was completed in about seven minutes.

The stolen Picasso was a cubist female bust which the Spanish painter had donated to Greece in 1949 with a dedication “in homage to the Greek people” for their resistance to Nazi German occupying forces during World War II.

The thieves also took a 1905 representational oil painting of a riverside windmill by Mondrian, the Dutch painter who became famous for his later, abstract linear works. 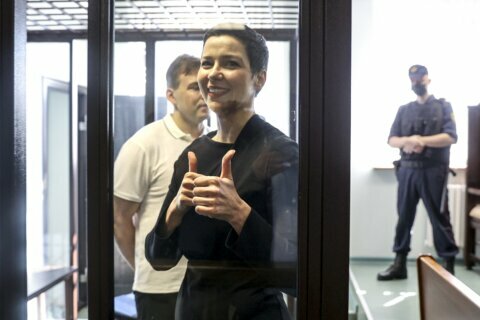 ‘Freedom is worth fighting for’: Belarus activists on trial