EU lawmakers threaten to sue, to speed up rule of law action

In a resolution, adopted by 506 votes to 150 with 28 abstentions, they urged European Parliament President David Sassoli to demand that the European Commission “fulfil its obligations” within two weeks, under a system tying access to some EU funds to a country’s respect for the rule of law.

The system was included in the budget the EU approved last year covering the 2021-27 period and which also included a massive coronavirus economic stimulus fund. In March, the right-wing governments of Poland and Hungary filed a complaint with the European Court of Justice to challenge it.

The lawmakers had given the Commission until June 1 to finalize a set of guidelines on use of the rule of law mechanism, but they say its failure to do so “constitutes a sufficient basis for taking legal actions” under EU treaties. Part of the Commission’s remit is to ensure that EU rules are respected.

In Warsaw, Justice Minister Zbigniew Ziobro called the European Parliament’s resolution “a clearly anti-democratic and unlawful document,” and he accused the lawmakers of seeking “to impose their will on a sovereign and democratic country.”

German Greens lawmaker Terry Reintke, who helped supervise the assembly’s work on the mechanism, said that “instead of defending European values, the Commission is watching, writing reports and sitting on its hands.”

“People in Poland, Hungary and elsewhere need to know that the Commission is on their side and will fight for their rights as EU citizens,” she said. Some lawmakers suspect the Commission is buying time and has no intention of acting before the court rules on Poland and Hungary’s legal challenge. A verdict could be months away.

The two countries have faced criticism in the EU for years over allegations that they have been eroding judicial and media independence, among other democratic principles. Unable to alter the course of either nation, the Commission turned to linking money to their adherence to democratic principles.

Hungary and Poland initially tried to block the budget to thwart the introduction of the rule of law mechanism, but they eventually agreed to the plan on condition that the ECJ would review it.

Also Thursday, the Commission said it has asked Poland to withdraw a motion sent by the Polish prime minister to his country’s constitutional court seeking a ruling on whether EU or Polish law has primacy in the central European nation. 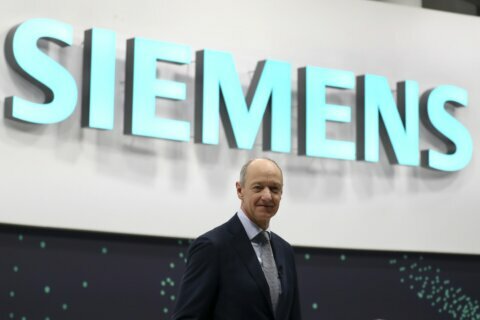