BERLIN (AP) — The European Union Aviation Safety Agency on Wednesday beefed up its stance on the use of Belarusian airspace, calling on member countries’ authorities to formally bar their airlines from flying over the country.

EASA, based in Cologne, Germany, had issued a “safety information bulletin” advising operators to avoid the airspace of Belarus following the May 23 incident in which Belarusian flight controllers told the crew of a Ryanair plane en route from Greece to Lithuania to land because there was a bomb threat against it.

No bomb was found once the place was on the ground, but 26-year-old Belarusian journalist Raman Pratasevich was arrested along with his Russian girlfriend.

EU leaders denounced it as a hijacking and an act of piracy. They responded by barring Belarusian carriers from the bloc’s airspace and sketching out tougher sanctions.

In a new safety directive, EASA said “information from air traffic management indicates that there are still operators having their principal place of business in EASA Member States that continue to operate” in Belarus’ airspace. It didn’t give further details.

The directive calls on national authorities to tell their aircraft operators “that conducting operations in Belarus airspace … is no longer allowed, unless required for safe operations in unforeseen circumstances.” 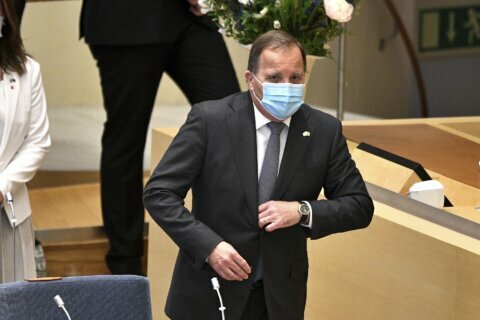