Denmark: Ties with allies not hurt by alleged US eavesdrop

COPENHAGEN, Denmark (AP) — Denmark has solid relationships with its allies, including France and Germany, that do not need to…
Listen now to WTOP News WTOP.com | Alexa | Google Home | WTOP App | 103.5 FM

COPENHAGEN, Denmark (AP) — Denmark has solid relationships with its allies, including France and Germany, that do not need to be restored, its prime minister said after reports that the country allegedly had helped the United States spy on European leaders more than seven years ago.

“I do not think it is correctly presented that there is a need to restore relations with either France or Germany,” Prime Minister Mette Frederiksen said Wednesday. “We have an ongoing dialogue, and so do we in the field of intelligence.”

Danish broadcaster DR reported Sunday that the Danish Defense Intelligence Service, known in Denmark by its acronym FE, in 2014 conducted an internal investigation into whether the U.S. National Security Agency had used its cooperation with the Danes to spy against Denmark and neighboring countries.

The probe concluded that NSA had eavesdropped on political leaders and officials in Germany, France, Sweden and Norway.

Frederiksen added that she does “not comment on stories about the intelligence work that appear via the media.”

Frederiksen, who had led a minority Social Democratic government since 2019, said she could only repeat what the then-prime minister had said, ”there must be no systematic monitoring of allies.” At the time of the alleged eavesdropping, Denmark had a Social Democratic-led government headed by Helle Thorning-Schmidt.

According to DR, the alleged setup between the United States and Denmark reportedly allowed the NSA to obtain data by using the telephone numbers of politicians as search parameters.

The broadcaster said its report was based on interviews with nine unnamed sources, all of whom were said to have had access to classified information held by the Danish Defense Intelligence Service. The military agency allegedly helped the NSA from 2012 to 2014.

In Norway, Prime Minister Erna Solberg summoned an unnamed U.S. diplomat on Thursday. The prime minister told Norwegian news agency NTB that “the Americans have clearly said that they changed their practice in 2014 when it comes to monitoring allies, and that they will work with us and others to clarify what has happened. “

“We have today met with the U.S. Embassy in Oslo to follow up on this invitation,” Solberg said, according to NTB.

Details of the meeting and what was said were not immediately available.

The Latest: Activists call for peace at Biden-Putin summit 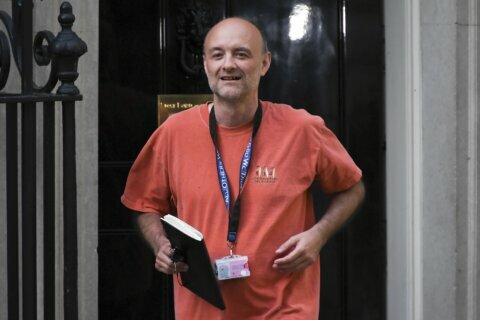