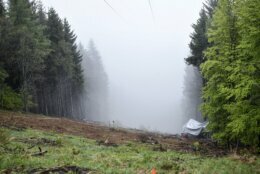 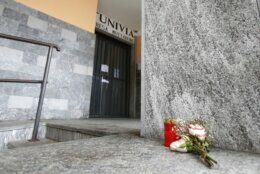 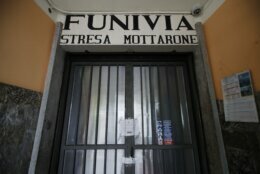 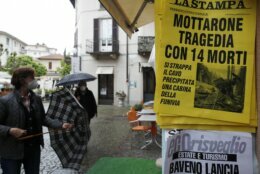 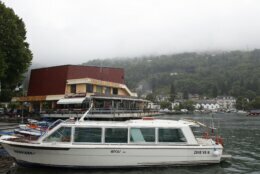 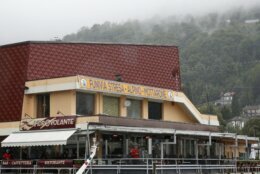 ROME (AP) — Pope Francis offered prayers Tuesday for “little Eitan,” the lone survivor of the cable car disaster in northern Italy that left 14 people dead when the cabin plunged to the ground after the lead cable snapped and the emergency brake failed to engage.

Francis sent a telegram to the local bishop offering his condolences to the families of the dead who, he said were “tragically lost while immersed in the marvels of creation.”

Prosecutors have said they are investigating why the lead cable of the Stresa funicular snapped Sunday while it was bringing sightseers up to the Mottarone peak overlooking Lake Maggiore in Italy’s northern Piedmont region. They have said the emergency brake on the supporting cable didn’t engage, events that sent the cabin reeling back down the line until it pulled off, crashed to the ground and rolled over down the mountainside until it came to rest against some trees.

Fourteen people were killed, some of them thrown from the cabin. Five-year-old Eitan Biran, an Israeli citizen living in Italy, was the lone survivor and was hospitalized in Turin with several broken bones.

Francis offered particular thoughts for Eitan, whose parents, great-grand parents and little brother were killed. Francis said he was “following his case with trepidation.”

Officials at Turin’s Regina Margherita children’s hospital have said they plan to begin waking Eitan up from sedation Tuesday after he underwent surgery and an MRI, which showed no brain damage. An aunt and other family members have been with him at the hospital.