WARSAW, Poland (AP) — Poland’s government on Monday defied an injunction by the top European Union court that ordered the immediate closure of a major brown coal mine, with officials saying it would shake the nation’s energy system and lead to the layoff of thousands of employees.

Development Minister Jaroslaw Gowin said Poland wouldn’t shut the lignite mine in Turow, on the border with Germany and the Czech Republic, but instead was engaged in “very intensive diplomatic and law-related efforts,” to secure undisturbed operation of the mine and connected power plant that generates some 7% of Poland’s energy.

The EU’s Court of Justice on Friday ordered Poland to immediately stop operation of the mine, heeding Prague’s complaints that it drained groundwater from Czech territory and that Poland recently extended its license without proper prior environmental assessment. It’s a temporary measure, pending the court’s full ruling.

Gowin said he considers the court’s decision “scandalously incommensurate” to the situation and one that would lead to the “loss of tens of thousands of jobs and very serious disturbances in Poland’s energy system,” cutting power to millions of households.

Prime Minister Mateusz Morawiecki said Poland will engage in negotiations with Prague and will also make new points before the EU court to clearly describe the situation to avoid a “disaster.”

Later Monday, he was meeting with his Czech counterpart, Andrej Babis, before the EU summit in Brussels to discuss solutions to the spat.

The court’s decision is “very dangerous from the point of view of potential threats to the ecology, but it is also dangerous for Poland’s energy security and for the employment of some 5,000 people” working at Turow, Morawiecki told reporters in Poland.

He noted that both the Czech Republic and Germany are operating lignite mines and power plants close to Poland’s borders.

“At the moment, we are introducing our ideas and proposals about what we would like the Polish side to do or what it should offer to us,” he said. “We’re ready to negotiate. We’ve said so for several years.”

“We’ve never received any clear written guarantees about how Poland would compensate the negative impact (the mine) has on the Czech citizens,” Brabec said.

In an effort to follow the EU’s ambitious carbon dioxide reduction goals, Poland is gradually phasing out its main fuel, black coal, but still relies on lignite. Critics says the departure from coal and ushering clean energy is much too slow, amid traditional attention given to coal-mining.

A recent energy plan says the last coal mine will be shut by 2049, but critics say it will happen sooner, because Poland’s coal production is inefficient and generates enormous costs that are covered from the state budget.

Government authorities say they have been in talks with Prague — a close political and economic partner — over the Turow mine for years and believed an understanding had been reached. Critics and the opposition say it hasn’t done enough, but all in Poland agree that closing the mine and the power plant is not possible.

An unexpected automated outage last week at another PGE lignite power plant, in Belchatow, was felt across the European energy grid and made operators scramble to make up for the lost power. On Saturday, Belchatow plant’s largest power unit was shut after coal being conveyed to the unit went on fire. A smaller, reserve unit was put to work in its place.

The head of Poland’s PSE power grid, Eryk Klossowski, told a meeting of the parliamentary energy security group Monday that it wouldn’t be acceptable for the grid to lose Turow’s input. He said the plant is connected to a power transmission station that is key for the southwestern region and for interconnection with east Germany.

PGE deputy head, Pawel Sliwa, told an emergency meeting of a parliamentary commission that closing the mine would also entail closing the power plant that it supplies. He estimated the costs at around 13.5 billion zlotys ($3.6 billion or 3 billion euros), the layoff of thousands of employees and lost investment into filters and other pro-environment modernization.

Coal makes up 65% of Poland’s energy sources, including 17% from lignite, while about 25% of the country’s energy comes from renewable sources and biofuels. Another 10% come from gas and other sources.

Poland’s continuing heavy reliance on coal is a source of tension in the EU, which is seeking to meet ambitious goals to reduce the bloc’s greenhouse gas emissions and stop global warming.

Karel Janicek in Prague contributed to this report. 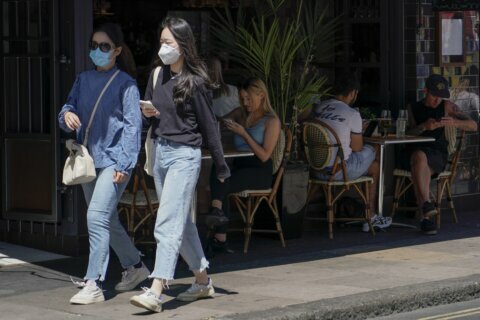 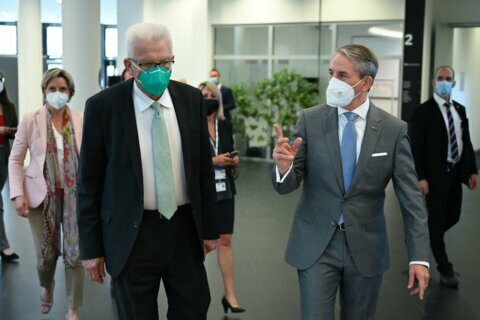 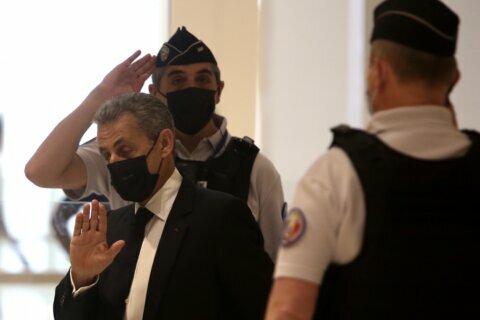