TUNIS, Tunisia (AP) — Italy and the European Union promised Thursday to support Tunisia’s economy as part of their efforts to stem migration across the Mediterranean Sea toward Europe.

More than 67 migrants drowned or disappeared off the coast of Tunisia in recent days after their boats sank.

Saied called for a “global approach on migration issues that goes beyond security solutions…to treat the deep roots of the phenomena via fighting poverty and unemployment and supporting development policies in the countries of origin,” according to a statement from the Tunisian presidency.

Italy committed to support Tunisia though increased investment and by helping to create jobs for the youth, the statement said.

Both countries stressed “their determination to fight against criminal human trafficking networks,” it added.

Lamorgese and Johansson said Italy and the EU were ready to help Tunisia overcome its economic and social difficulties, exacerbated by the impact of the COVID-19 pandemic.

Lamorgese also called for more cooperation to accelerate the return of migrants to their country of origin after they arrive illegally in Italy.

Johansson stressed the need to provide opportunities for young Tunisians to come to Europe legally.

“We have more than 1 million Tunisians who are working in European countries, and we are ready to welcome more” to contribute to the bloc’s economy, she said.

The Tunisian Forum for Social and Economic Rights, a non-governmental organization, issued a statement denouncing “Italian and European pressure on Tunisia” to make it “accept an unfair cooperation that is infringing on the country’s sovereignty and on migrants’ human rights.”

The organization also criticized Tunisian authorities for doing the police work of Europe in the Mediterranean Sea instead on focusing on other priorities.

The organization said at least 153 people have been found dead in Tunisia’s waters and on its beaches and dozens of others disappeared since the beginning of the year.

Lamorgese reported Tuesday that of the 13,358 migrants who have arrived in Italy this year, nearly 9,000 had come from Libya and over 3,000 from Tunisia.

The Latest: Biden and Putin depart Geneva after summit 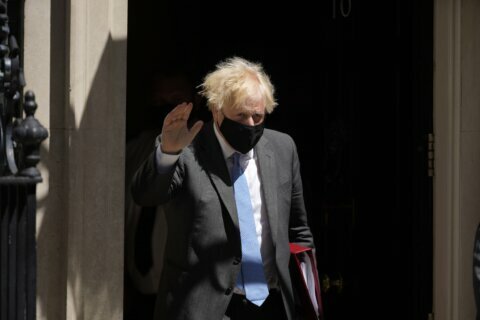