FLORENCE, Italy (AP) — Alessandro Michele has radically shifted Gucci codes and challenged fashion norms in his 6½ years as creative director of the brand founded by Guccio Gucci as a travel bag company in Florence 100 years ago.

To mark the centenary, Michele has curated an exhibition in the Gucci Garden gallery, on Florence’s Piazza della Signoria, that underlines some watershed moments in his era. Those include an advertising campaign for perfume featuring a transgender model, an all-Black cast for the pre-Fall 2017 campaign and a lipstick campaign featuring everyday faces in all their imperfections.

The exhibition will be reproduced in seven cities, including Shanghai, Tokyo, Sydney and Seoul.

The 48-year-old designer credited CEO Marco Bizzarri, who tapped an unknown Michele from the Gucci design team to take over as creative director in January 2015, with allowing him leeway to go beyond the usual schemes driving the luxury business model.

“No one would have wanted, we can say it, a transexual in the world of beauty,” Michele told reporters Thursday in Florence.

“If fashion and the fashion market want to continue to have a stage, there needs to be some sort of movement. That campaign, in a very gentle and very poetic way, gave space and voice to a world of very different femininity,” Michele said.

Likewise, Michele said the casting of only Black models in the 2017 campaign was at the time a breakthrough, noting that “things have changed in a dizzying and very fast way in the last year.”

The pandemic year has been a year of collaborations, including with North Face, and Ken Scott and Doraemon. A tie-up with Balenciaga will reach stores later this year. Gucci revenues rose 20% to 2.16 million euros in the first quarter of 2021 compared with the same period last year, Women’s Wear Daily reported.

Michele’s eclectic style, which has gone a long way toward mainstreaming genderless codes, especially for men, has created a sort of tribal following. Dubbed the Gucci Gang, Michele has fully embraced the power of that very distinct crowd during his pandemic year collections, which have been unveiled as digital presentations.

Those collections include this year’s “Aria” that ends with the runway cast converging dreamily in a garden, to “Ouverture” last November, with videos by Gus Van Sant featuring an Italian actress moving through a rarified Roman landscape with her Gucci tribe.

“It has happened that someone who could be my mother’s age greets me, or that Marina Cicogna (an 86-year-old film producer) tells me, ‘When I go in the store, I find crazy things,’” Michele said.

“It is strange because (we) also manage to dress someone who is 13 years old. Not only: Yesterday a young person stopped me who had a tattoo that said “Blind For Love,” and it was not the first,” Michele said, referring to one of the popular slogans that have adorned his creations.

“Evidently it was a strong detonation of something that already existed,” Michele said of his collections. “Fashion has the great capacity to interpret and to collect what is happening now …. to narrate the exact moment.” 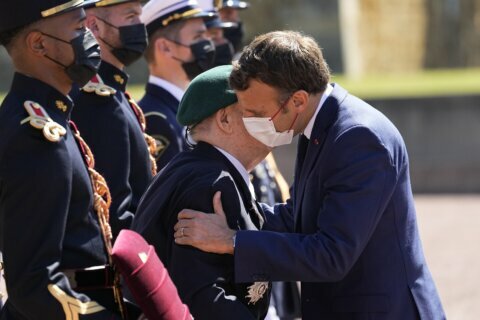 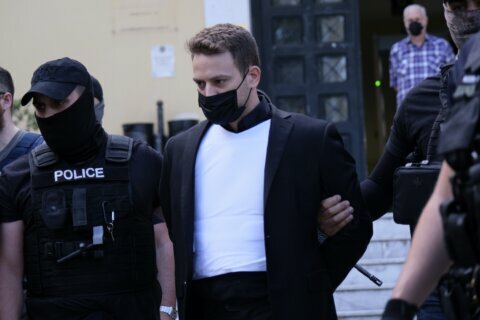 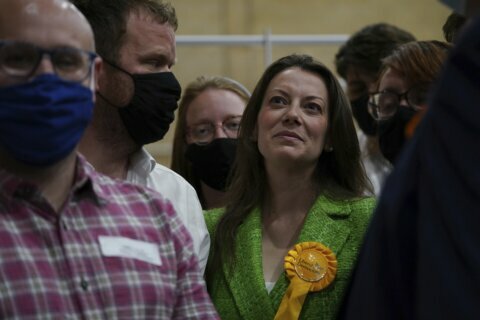